A Look at Presidential Candidate Amy Klobuchar on Marijuana
Advertisement 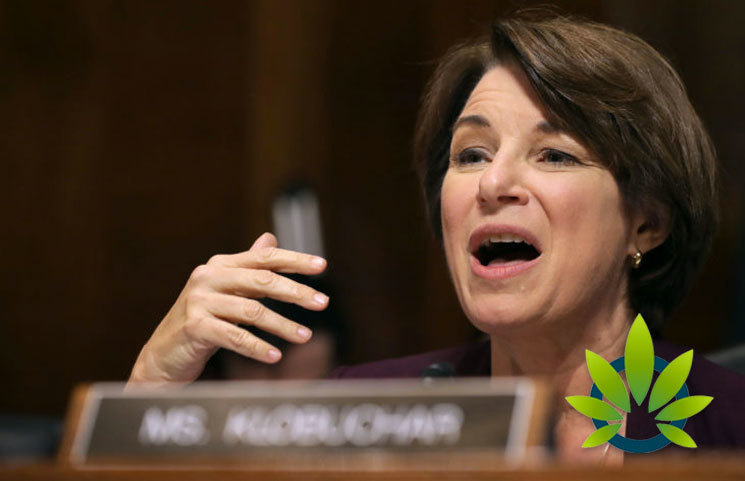 Amy Klobuchar is a presential candidate who has experience as Minnesota’s senator for 12 years. According to Vox, she has developed a reputation as “quick-witted” and a “hardworking pragmatist.” She also refers to herself the “senator next door.”

Now, at the heart of this piece, is her stance on marijuana. Marijuana is illegal under federal law and is classified as a Schedule I substance. According to CNN, Amy Klobuchar is a supporter of marijuana legalization.

“I support the legalization of marijuana and believe that states should have the right to determine the best approach to marijuana within their borders,”

Her stance has evolved into what it is today. Canna Law Blog explains that when starting her career as a County Attorney of Hennepin County, she was opposed to legalization, a stance which she shared in a 1998 debate.

“I am opposed to the legalization of marijuana. I believe when you look across the world at what’s been happening, people have realized that legalizing drugs is not the answer.”