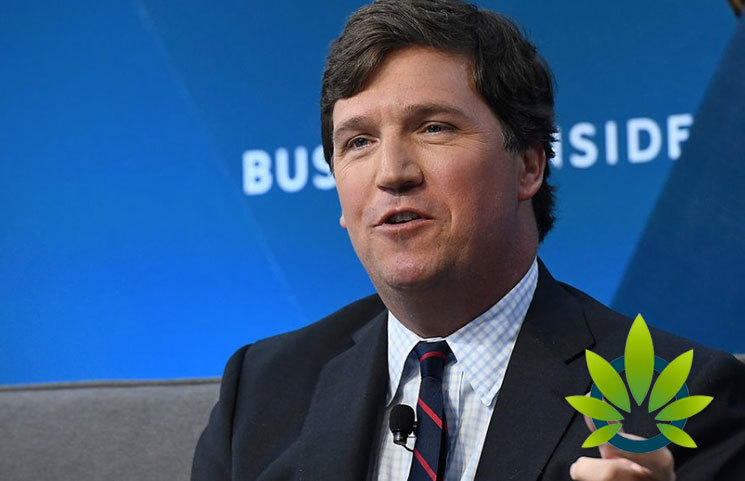 On Tuesday, August 27, 2019, Tucker Carlson discussed the relationship between marijuana use and violence with the Author of “Tell Your Children: The Truth About Marijuana, Mental Illness and Violence”, Alex Berenson. The discussion started with the toxicology reports of the 2019 Dayton shooter, which then created a domino effect that people need to be aware of.

What do viewers think of this take?

As reported by Carlson, the Dayton shooter had several drugs in his system including the likes of cocaine and Xanax. Interestingly, he was also known as being a long-time user of marijuana. When Berenson was asked for evidence that may link marijuana use and violence, he started off by stressing the importance of mental illnesses. To be more specific, he said:

“In the wake of the Dayton killer and the information that came out about him having signs of mental illness and possibly being diagnosed with bipolar disorder, a lot of people in the media said there’s no connection between mental illness and violence […] that is not true.”

He made the case that while it might be true for mild depression cases, the same cannot be said:

That said, he shared the findings of European studies that have concluded that “as many as” 20 percent of those with psychosis are prone to committing homicides, with the same number reflecting the situation in the U.S. Given the emphasis placed on psychosis, this is where the link between violence and cannabis is drawn. In particular, Berenson mentioned that cannabis and other drugs have the ability to promote psychosis.

When asked if the relationship is so obvious, why it has yet to be addressed, Berenson noted that the lack of research is what’s preventing the U.S. from coming to a realization. This has been stated more so on the country’s failure in assessing factors that influence killers to commit homicides.

Speaking more on research, the only area of study as per Berenson, is that of understanding “people who’ve killed children,” adding that, “the states are supposed to spend time investigating […] whether they were drug users.”

To date, states including Texas, Florida and Arizona, have found that “people who use cannabis account for one-third to 40 percent of people who kill children in the United States,” further highlighting that the same research needs to be done on adults.

All that said, the one takeaway that the author hopes listeners get from this is that “the idea that mental illness is not linked to extreme violence is not true,” adding that those who do not believe this are in fear of being stigmatized.

The only way to rid such concerns, whether it be mental illnesses or drug abuse, is discussing about it. Berenson believes that discussions are surely to bring more awareness, which then naturally forces more action be taken, rather than going straight into resolving a problem without anything that could fortify the actual solution.