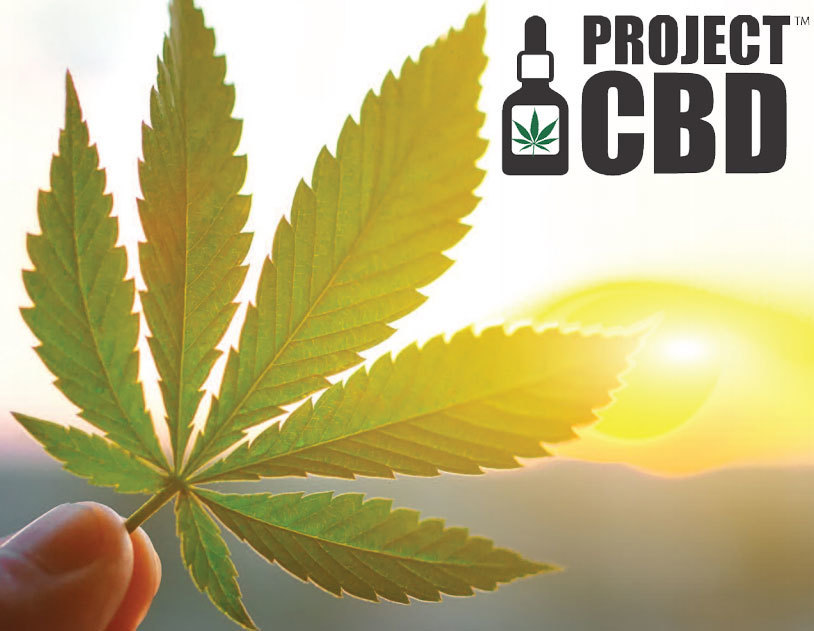 Project CBD has published the results of its CBD survey. Over the weekend, the California-based non-profit released its surprising findings after collecting responses from over 3,500 CBD users worldwide.

Based on the survey, the typical CBD user is a white, well-educated female over 45 living in the United States. Project CBD believes there’s a reason the results were skewed towards white females:

“To some extent, this skewing towards females may reflect their greater utilization of healthcare services in general, and alternative medicines in particular,” explained Project CBD in their official survey release notes.

“It may also reflect the fact that the two most prevalent conditions for which participants reported using CBD – pain and anxiety – affect women disproportionately.”

Project CBD also added that the vast majority of survey participants (over 90%) were white:

“In the US, which is where the majority of participants were located, this may be due to the high costs of CBD therapeutics, the greater utilization of alternative therapies by Caucasians and/or a wariness of cannabis on the part of communities of color that have borne the brunt of the US drug war.”

Two Thirds of CBD Users Are Over Age 44

The media may portray CBD as a trend popular among young people. In reality, however, CBD is more popular among older populations. Approximately two thirds of respondents to the survey were over age 44, and almost 20% were seniors over the age of 64.

CBD Tinctures and Topicals Are Most Popular: CBD tinctures and topicals were the most popular way to ingest CBD. Participants would rather take CBD orally (with tinctures) or by applying it to their skin (with topicals) than smoking it or taking edibles.

Most Use CBD Multiple Times Per Day: CBD users tend to apply or consume CBD products multiple times per day. Most Use Multiple CBD Products: Over 50% of respondents indicated that they use multiple types of CBD products – like tinctures and topicals.

Most Are Unsure About Their CBD Dosage: Surprisingly, over 50% of respondents indicated they had no idea how much CBD (or THC) they were consuming with their CBD products. Project CBD claims this shows the need for better product labeling and consumer education.

50% Have used CBD for Fewer Than 6 Months: Most CBD users are new. Over half of all respondents claimed to have started using CBD less than six months ago.

Pain Relief, Mood, Sleep, and General Wellness Were Most Popular Benefits: People use CBD for a variety of reasons. Most respondents, however, indicated that they used CBD for some combination of pain relief, mood, sleep, or general wellness.

Most Take CBD for Multiple Conditions: Few people take CBD to address one specific condition. Many users reported taking it for multiple conditions – like pain relief and sleep, for example.

Most Participants Use Hemp-Sourced CBD: Most CBD users get their CBD from hemp – not cannabis. This is not surprising given that cannabis is still illegal federally in the United States and throughout most of the world, while hemp is not.

The survey asked respondents why they were taking CBD. Respondents were then asked to rank the effectiveness of CBD for their specific symptoms.

Many respondents reported taking CBD for sleep. These CBD users reported that taking CBD helped them fall asleep in an average of 20 minutes instead of 1 hour.

They also woke up less often – 1.4 times per night instead of 4.3 times per night. Without CBD, approximately 75% of participants reported waking up tired, while only 9% of respondents woke up tired after taking CBD.

CBD for Anxiety, Depression, and Other Mood Disorders

Approximately 90% of CBD users taking CBD for a mood disorder reported feeling anxiety, and this anxiety often went hand-in-hand with depression. Participants reported that CBD had significant effects as both an anti-anxiety agent and anti-depressant. 92% of participants experienced relief from feelings of nervousness after taking CBD, while 68% reported experiencing “much better” relief from nervousness.

However, CBD was less effective for treating certain other mood issues, including difficulty concentrating, a lack of interest in activities, and digestive upset. 3% of respondents claimed their ability to concentrate worsened with CBD.

Many respondents indicated they take CBD to treat PMS, menopause, and other hormonal conditions. Based on their responses, Project CBD concluded that “CBD appears to be highly effective in addressing mood disturbances and pain.”

Respondents indicated that CBD was helpful for addressing a range of symptoms like anxiety, anger, irritability, depression, mood swings, panic attacks, and more, all of which are linked to PTSD. CBD was also helpful, although less so, in reducing unwanted thoughts, nightmares, and heart palpitations in people with PTSD.

Respondents reported reduced symptoms of gastrointestinal diseases after taking CBD. CBD was particularly helpful for reducing abdominal cramps or pain, nausea or vomiting, and indigestion, and it was particularly beneficial to those with irritable bowel syndrome (IBS).

Some respondents reported taking CBD for ADD and ADHD. CBD “appears most helpful with staying on task, minimizing distractibility, and mitigating agitation or irritability,” according to Project CBD, although CBD was less effective at minimizing the tendency to lose things and procrastinate, and sometimes made these symptoms worse.

Some respondents claimed to be taking CBD for cancer. CBD was particularly helpful at ameliorating nausea and vomiting, although participants also found it helpful for appetite, neuropathy (numbness or tingling sensations), and weakness. CBD was not helpful, however, for cancer-related constipation and diarrhea. Those taking CBD for cancer were also more likely to take THC for cancer as well.

CBD for Alcoholism and Addiction

70% of those taking CBD for alcoholism and addiction were taking CBD with the goal of completely abstaining from using the substance (as opposed to people taking CBD to manage withdrawal or consuming less of the substance). CBD was particularly beneficial for reducing the use of opioids. It was less useful for reducing tobacco cravings, for example: 24% of tobacco users experienced no change in cravings.

How the Survey Worked

Project CBD collected surveys from 3,506 respondents from January through August 2019. Some of the key features of the study included:

Responses were collected through the Project CBD website, then published online in September 2019. You can view the full survey from Project CBD here.

Overall, the Project CBD survey is one of the CBD industry’s largest studies to date – and it has given us some surprising insight into who’s taking CBD and for which benefits.