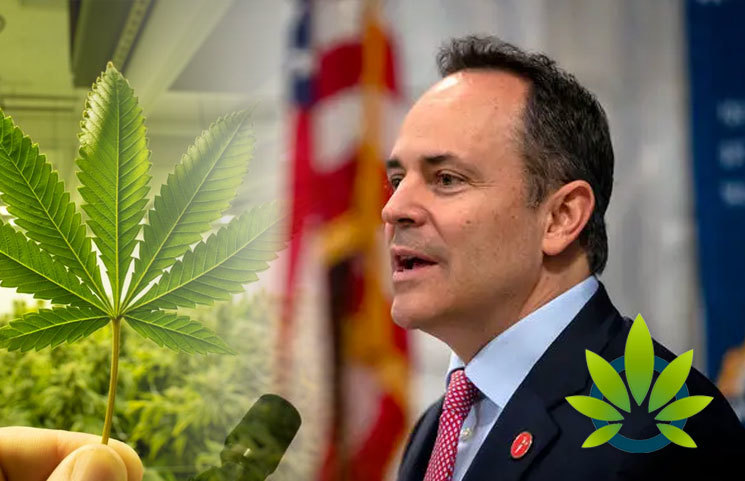 In a radio interview with WKDZ radio, Kentucky Governor Matt Bevin shared his position with the legalization of marijuana. He appeared the criticize the idea, seemingly taking the position that legalization would lead to an increase in emergency room visits and homelessness.

When making the comment, he referenced his view of the impact that legalization has had on Colorado since 2014. He stated,

“Look at the homelessness, look at the increase in their emergency rooms, look at the problems they have with law enforcement of bordering states.” He continued. “Look at the amount of disease and things that have spiked up as a result of people who are coming for the fact that they can smoke pot legally.”

Bevin’s position is apparently an opposition and he also seemingly does not believe in the tax revenue that the marijuana would potentially bring the state. He stated,

“everybody in Kentucky would need to smoke pot for the next 600 years” to raise enough money “to fund what we owe today in 2019” in the pension system. He continued, “It’s not a serious solution. It’s not even a solution at all. It’s a ridiculous proposal.”

Bevin’s comments were in reference to the proposal that revenue from marijuana would be able to pay the state’s financial obligations to its pension system.

This is not the first time that Governor Bevin has criticized marijuana. News station Whas11 reported in April 2019 that during a teacher stick out, he referred to recreational marijuana and expanded gaming “sucker bets,” while insisting that he was trying to save teacher pensions. He further stated,

“I am in no way, shape, or form a proponent of legalizing recreational marijuana. That is a sucker's bet,” and “The good news is if we gamble and smoke pot at the same time it will only take 200 years to pay what we currently owe. The point is these are not solutions, they're not.”

You can listen to the interviews here: Governor Says Expanded Gambling And Marijuana Not Solutions