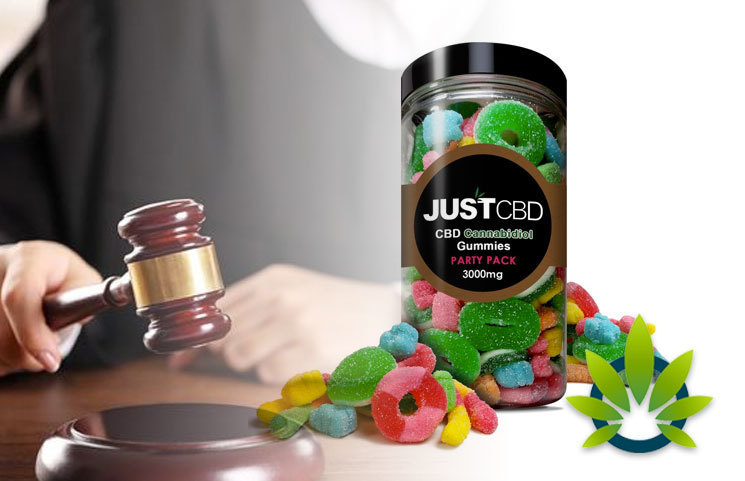 It has been recently revealed that Just Brands USA has been slapped with a lawsuit (case number – 0:19-CV-62067) for its JustCBD Liquid Honey Tincture and Rainbow Ribbons Gummies. In particular, the plaintiff comes from Jesse S. Gaddis, who supposedly purchased the good back in November 2018 and found that their proclaimed 100mg of CBD was actually 48.92mg reports Legal News Line.

JustCBD is described as being founded on Mother Nature, as the cannabinoid is deemed the latter’s “secret”. Ironically, the brand is described as never misrepresenting product contents. One can view it as a one-stop shop for all CBD needs, as JustCBD carries gummies, protein bars, dried fruit, and oils among other.

This is surely to catch consumers by surprise, as many concerns regarding CBD has flourished in the past. Unbelievably, Gaddis noted that some of the products that claimed to have CBD in it really did not.

The news outlet referenced the lawsuit, which noted the following:

“By misrepresenting the true quantity of CBD in their CBD products, defendants are able to charge a substantial price premium on account of these fictitious CBD quantity claims.”

That said, Gaddis is supposedly hoping that a trial will ensue, followed by having the spent sums recovered.

One thing that stems from all this is wondering how to assess a brand’s reliability. Upon visiting the JustCBD website, one will immediately find product lab reports. Does this mean that consumers can no longer trust what’s provided as proof? Or was the independent testing done to conclude overstated CBD flawed? We will have to wait and see how the lawsuit unfolds.

USDA Is Working Hard to Establish Testing Rules for THC in Hemp, But the Struggle Is Real