Is a Lack of Federal Government Regulation to Blame for Vaping-Related Deaths?
Advertisement 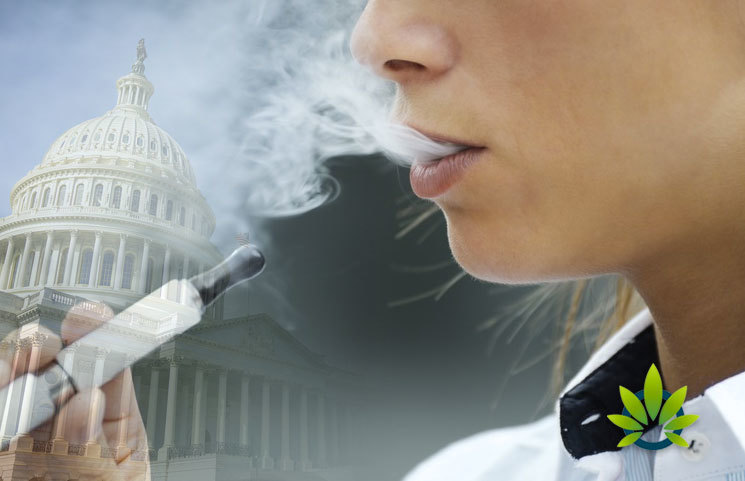 The Food and Drug Administration is taking quite a while to move on their regulations of the hemp market, and that’s impacting many more people than just the companies that want to legally advertise their remedies. In an article from Real Money, author Timothy Collins sheds light on the need for faster work to be done, as lung illnesses and deaths continue to be reported on consumers that choose to vape. Realistically, the CDC has already released reports that as much as 77% of the consumers that are coming down with these conditions have been using black market products, but there’s a much bigger problem that this points to.

Collins states openly that he is not a supporter of vaping to any degree, though he believes that there are “potential positive uses” for cannabis, hemp, and cannabinoids. However, he calls the sector “toxic,” adding that the potential target for fruity and sweet nicotine vaping products is clearly not adults. However, he points his fingers at the government, which is presently taking its time to establish regulations and approve new laws but has introduced new issues with financing and taxation.

To run a business in the cannabis industry is no cheap venture. However, by imposing huge fees and costs on these companies, all the government is doing is causing a trickle-down effect to the consumers, who end up having to pay higher fees as the companies work to stay afloat. Not all cannabis users can afford to take on this cost, and they end up choosing black market purchases in order to save money on the supplies that can lower anxiety, reduce pain, and more.

The black market, however, is all about profit, and is not a place where regulation is heard of. Consumers that choose a cheaper option to save their money end up putting their health at risk instead, using formulas that could potentially contain dangerous substances, as black market sellers try to keep their own profit high amongst low prices.

Even with health departments and the federal government and even Walmart issuing bans and warnings at every turn, these official consistently ignore that the cause of these deaths aren’t regulated products. Consumers wouldn’t be limited to unregulated products to save a few dollars if the government would establish regulations that make it easier to find safe remedies.

“We are seeing deaths, in my view, as a result government entities afraid to act for fear of seeing deaths or epidemic usage growing out of control. The irony is by not acting because of their fears, their fears are coming to fruition.”

There could easily be big opportunities that arise from these problems, but Collins compares the big issues that exist in the cannabis sector to that of the dot-com era.

“With depressed stock prices and valuations falling in the private market, we are going to see some names vanish or bought at a cheap price for fear they won't get through this vaping disaster,”

While there are plenty of consumers that want to avoid more government interference, adding new regulations could not possibly create a worse situation than the deaths and disease that the industry is blamed with now.