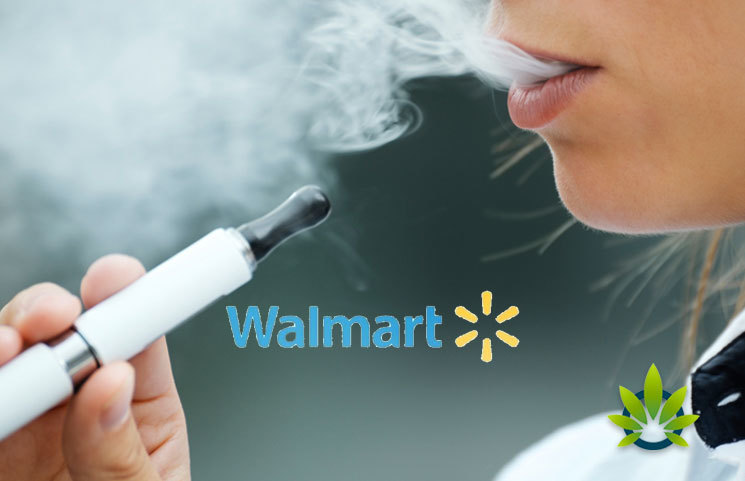 With hundreds of cases of lung disease and illness linked to the use of vaping products, as well as several deaths, it is safe to say that the government is working to eradicate the potential cause. President Donald Trump is already calling for a ban on any e-cigarettes that have any alternate flavors than that of tobacco, likely in an effort to curb the appeal of use among adolescents. Now, Walmart is getting involved as well, as an article from Business Insider reveals that the retailer will stop selling vapes and related products.

An internal memo for Walmart, which was obtained by Yahoo Finance’s Julia La Roche, said, “Given the growing federal, state, and local regulatory complexity and uncertainty regarding e-cigarettes, we plan to discontinue the sale of electronic nicotine delivery products at all Walmart and Sam’s Club U.S. locations.” According to a representative from Walmart, the company plans to continue selling the products until their current inventory runs out.

At this point, vaping has been connected to 530 cases of serious lung disease, as well as eight deaths. The public has already been encouraged by the Centers for Disease Control and Prevention to avoid vaping as they examine the variables in vaping that could have caused this circumstance. The authority also warned smokers who are presently vaping not to opt for cigarettes in the absence of vaping products.

“So far, the available evidence still suggests that when compared to smoking, vaping is a healthier habit. The practice involves inhaling heated vapor, rather than burned material. In general, vapers are believed to be exposed to fewer toxicants and cancer-causing substances than smokers.”

Walmart previously announced in May that anyone who purchases tobacco products must be at least age 21. At the time, the company had also expressed efforts to stop selling e-cigarettes that feature fruit and dessert flavors.