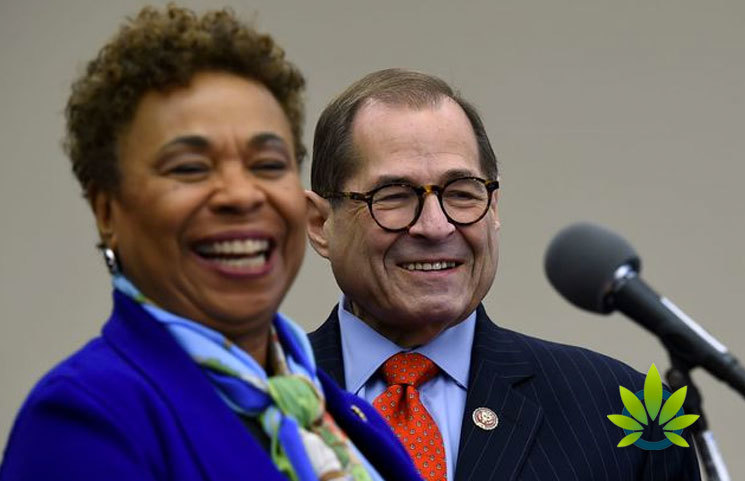 The bill will now be moved to a full floor vote.

The bill gained the support of two Republican representatives – Matt Gaetz of Florida and Tom McClintock of California.

Cannabis has been classified as a Schedule I substance for decades, and there have been many states to take it upon themselves to implement their own laws to allow its use. Today, a historical vote was set to take place by a congressional committee, which involved a bill that would be deemed the end of the marijuana prohibition. According to reports from Marijuana Moment, the bill has been approved.

The Marijuana Opportunity, Reinvestment, and Expungement (MORE) Act was voted on by the House Judiciary Committee on Wednesday, gaining approval in a 24-10 vote. This approval sets up the bill for a full floor vote, even gaining the support of two Republicans – Reps. Matt Gaetz (Florida) and Tom McClintock (California).

There are two paths that the debate over the bill has taken. Republican lawmakers, for example, stated that the bill was being rushed through and that more hearings were needed to adequately address it. Democrats, however, stated that the issue has been debated enough, and that there’s no reason to waste time on reversing prohibition.

Some GOP members state that a scaled-down version might be better handled by the Senate. These members understand that the Strengthening the Tenth Amendment Through Entrusting States (STATES) Act doesn’t deal with the social equity elements or even take cannabis off of the Controlled Substances Act. Gaetz remarked, “We may need something a little less than MORE.”

First introduced by Chairman Jerrold Nadler of New York, this newly approved legislation would take cannabis out of the federal scheduling is presently falls under. It would also expunge marijuana convictions and would require a 5% tax on sales. The revenue from these sales would go towards the healing of communities that were negatively affected by the long-term drug war in the US. It would also allow incarcerated convicts to be resentenced for marijuana-related offenses, and immigrants would no longer be denied citizenship based on cannabis offenses, and public benefits or securities clearances could not be denied by federal agencies to citizens.

In his opening remarks, Nadler said,

“These steps are long overdue. For far too long, we’ve treated marijuana as a criminal justice problem instead of a matter of personal choice and public health. Arresting, prosecuting, and incarcerating people at the federal level is unwise and unjust.” Nadler addressed the concern for minorities impacted, stating, “I’ve long believed that the criminalization of marijuana has been a mistake. The racially disparate enforcement of marijuana laws has only compounded this mistake with serious consequences, particularly for minority communities.”

The approval of the bill by the committee has been celebrated by House members, Senate members, and advocates for legalization. NORML Political Director Justin Strekal,

“The passage of the MORE Act represents the first time that the Judiciary Committee has ever had a successful vote to end the cruel policy of marijuana criminalization. Not only does the bill reverse the failed prohibition of cannabis, but it provides pathways for opportunity and ownership in the emerging industry for those who have suffered most.”

A press conference was held on Tuesday night by the lawmakers who identify as advocates for cannabis reform, focusing on the need for changes to happen at the federal level. Nadler noted that compromises were possible as the legislative process progresses, but he doesn’t believe that scaling back the proposal is necessary.

Nadler expressed to Marijuana Moment that he feels hopeful that a full floor vote will happen for the legislation with the current Congress in place. At least some of that confidence seemingly stems from the communication between his panel and other committees. Ranking member of the committee Rep. Doug Collins (R-GA) states that he “believe[s] we need to change our attitudes and our processes because the federal government has completely failed in this area.” However, Collins doesn’t support the MORE Act himself.

During the markup, a few amendments were brought forth, including an amendment suggested by Nadler on his own bill. His amendment was adopted, incorporating a section that focused on the way that prohibition enforcement has involved racial disparities and has imposed a lack of equity for communities that were targeted by the war on drugs, despite having legal cannabis industries in their area.

Another amendment was offered by Rep. Ken Buck (R-CO), which would integrate more of the STATES Act in place of the major provisions of the MORE Act. However, due to its defeat during a voice vote, he didn’t request a roll call. Nadler remarked that the STATES Act doesn’t deschedule cannabis, and there are multiple issues regarding banking and veterans’ access as a result. The chairman noted, “If we pass the bill that we want, and the Senate passes a different bill, we can negotiate. That’s what conference committees are for.” Buck also filed an amendment, which was approved in a voice vote, to study the impact of legalization on society.

An amendment that would expand on the provisions for justice reinvestment was filed by Rep. Cedric Richmond. Ultimately meant to clarify that the provisions would be used towards investing in community efforts like membership programs and helping individuals that were harmed by the war on drugs as well, the amendment was approved.

One amendment accepted without objection was a proposal by Rep. Sheila Jackson Lee, which would require a study to be conducted by the Government Accountability Office and National Institute on Drug Abuse. The study would examine the general demographics of individuals who were convicted of federal marijuana offenses.

During the markup, for both Democratic and Republican members alike, the discussion led the parties to understand that prohibition has been ineffective, and that the policies need to change at a federal level, no matter the personal opinions of the representatives on cannabis. McClintock remarked,

“I don’t sing the praises of marijuana. I simply recognize the limitation of our laws and also the limits on my ability to try and run everybody’s lives for them.”

McClintock’s amendment that he proposed was deemed not germane. It would have split up the tax revenue collected from cannabis sales between local law enforcement and the Treasury Department’s general revenue fund. The chairman remarked that the provisions for this amendment would fall under the ruling of the Ways and Means Committee.

Two months ago, the House approved a bill that gave protection to banks that chose to serve cannabis businesses in states that had legalized some use of cannabis, keeping them from being legally pursued by federal regulators. However, it created debates amongst advocates, concerning if incremental reform to appeal to the Republican-dominant Senate should be pursued by Congress, or if the resources should be instead directed towards legislation for legalization that centers around social equity.

Multiple advocacy groups had pushed House leadership to delay the vote on the marijuana banking bill, hoping to wait for the broader reform to clear first. Still, many people believe that the outcome of the MORE Act will have a greater chance of approval if it sees the House floor, stating that the decision of the Senate is more unpredictable. Ultimately, there may be compromises that need to happen with the bill, which is exactly what Nadler was hoping wouldn’t happen.

Regardless, the fact that this markup is the first of its kind to vote on legalization, rather than just the end of cannabis prohibition, is historical, and the decision could be a huge game changer for the United States.