Congressman Dan Crenshaw Supports Legal Cannabis Federally, Despite Not Voting For It
Advertisement 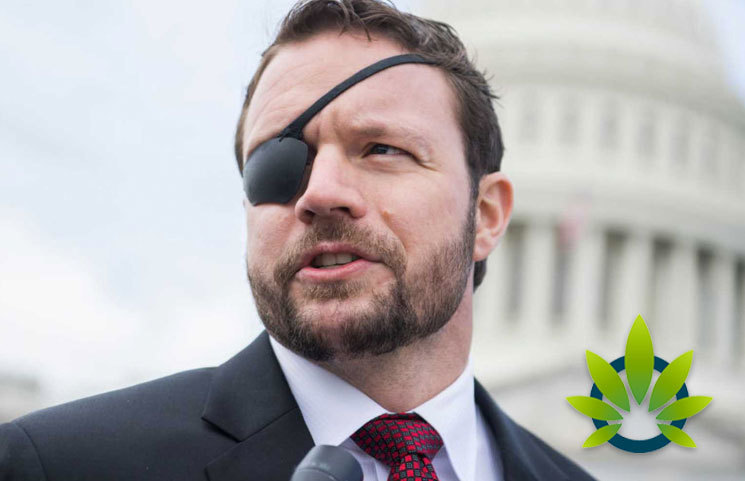 The topic of cannabis legalization is a major subject surrounding the upcoming Democratic nomination and the election of 2020. Joe Rogan recently sat down with Republican congressman Dan Crenshaw to speak with his stance on multiple topics, including cannabis legalization. In their debate over the merits of legalization, Crenshaw ultimately stated that medical cannabis should be federally legalized, but that is far from the whole story.

Crenshaw is a former Navy SEAL and didn’t rule out eventually coming around to endorsing legalization. However, as with any major change, Crenshaw stated that there are still several concerns that he has about legalization, like the potential usage by underage individuals, the lack of technology available to determine impairment, and the lack of productivity.

Rogan compared the legalization to that of alcohol, which is federally legal, but could be risky to young people. Crenshaw, who loves his scotch, commented that “the alcohol issue is out of the bag,” and that there’s likely no chance of coming back from it now. He added that legalization creates “normalization,” and that the level of productivity that users have while under the influence can vary from person to person.

Rogan jested that the individuals that cannot continue to be productive are “lazy,” though Crenshaw challenged him, asking if more scotch has to be consumed than cannabis to have the same effect. Rogan replied, “You would, not me,” adding that he constantly smokes cannabis and that he could’ve had the same session with Crenshaw if he had smoked immediately before the interview.

Crenshaw commented that he is “just not opposed” to Rogan’s stance. However, when it comes to federal policy, he “just look[s] at things different.” Even with all of this discussion on cannabis legalization, especially surrounding policies at the federal level, Rogan and Crenshaw didn’t discuss the fact that the latter voted against an amendment in the House that would’ve protected marijuana laws from federal involvement. Furthermore, Crenshaw has yet to sign up as a cosponsor of several pending bills that would legalize medical cannabis.

Ensuring that Rogan knows that Crenshaw isn’t entirely unfamiliar with cannabis, he stated that he’s tried marijuana before, and simply didn’t enjoy the experience. He added that he believes that productivity in daily activities is impaired more with cannabis use than with alcohol consumption. Explaining, Crenshaw said,

“As a policymaker, I have to look at the whole situations. I see people like you and you’re like you’d be fine, why not? But I do have to take into account the entirety of the situation and ask myself, ‘well, what is the benefit to society doing this?’”

Rogan commented that the use of marijuana is helpful in bonding communities and improving overall happiness, though Crenshaw expressed that he sees alcohol as a better “social lubricant.” Still, he admits that alcohol can “make you meaner too.”

You can watch the Joe Rogan Experience with Crenshaw here: