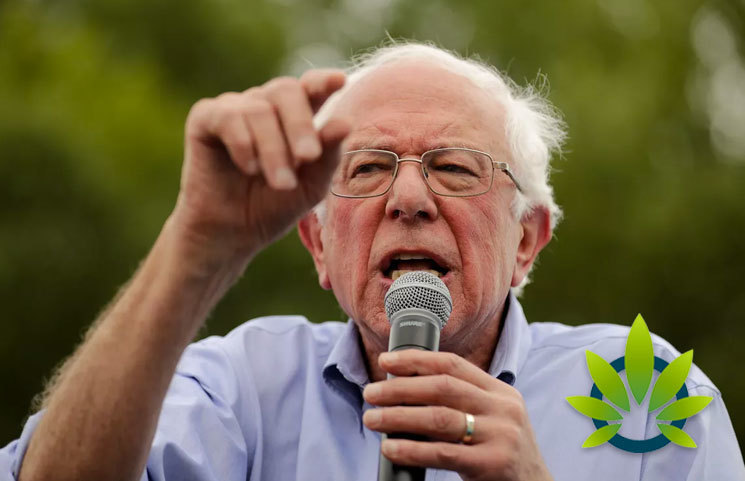 Bernie Sanders is running for president again, hoping to become the 2020 Democratic presidential candidate, and he hasn’t held back with his strong stance on controversial topics. Only this week, Sanders released a new criminal justice reform plan, showing his intention of legalizing marijuana. The plan also includes recommendations to expunge previous convictions for cannabis, and to offer safe injection sites that can overcome the opioid overdose crisis.

According to the campaign website, electing Bernie as president would allow his administration to “make the deep and structural investments to rebuild the communities that mass incarceration continues to decimate.” One of the major aspects of this proposal is to change the drug laws from the federal government, as well as addressing addiction as a mental health issue, rather than just a problem with drugs.

We must legalize marijuana nationally, expunge past marijuana convictions and ensure revenue from legal marijuana is reinvested in the communities most impacted by the failed War on Drugs.

The plan describes how Sanders aims to legalize marijuana, though says that the revenue will ultimately be directed back into the communities that were “hit hardest by the War on Drugs.” Sanders discussed aspects of this plan at a campaign event in South Carolina, while addressing drug criminalization and the cash bail system.

People for Bernie posted to Twitter to show a short video of the event, as Bernie discusses “debtors’ prison.”

An audience member talks about how her birth father is in prison for *6 months on marijuana charges* because he can't afford $5000 in cash bail.

Meanwhile, in several states you can get marijuana delivered to your home pic.twitter.com/oVluWuzEEH

Addicts that struggle with their drug of choice would substantially benefit from the election of Sanders, as he plans to provide them with guaranteed health care. This character would include “inpatient and outpatient substance abuse and mental health services with no copayments or deductibles,” which would be done with a Medicare system that applies to everyone.

There are other drug reform proposals that are included in the plan are: