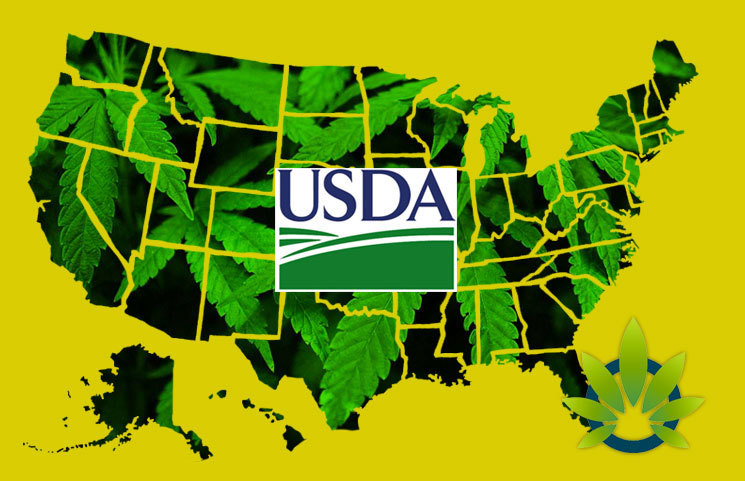 The U.S. Department of Agriculture (USDA) released a memo on Tuesday to address several sections of the 2018 Farm Bill concerning the transportation of hemp in interstate commerce.

The memo, which is based on the legal opinion of the Office of the Attorney General, makes a number of conclusions, which are as follows:

First, hemp is no longer a Schedule I controlled substance under the Controlled Substances Act.

Second, after the USDA publishes regulations that implement the new hemp production provisions of the 2018 Farm Bill, which are contained in the Agricultural Marketing Act of 1946,

“States and Indian tribes may not prohibit interstate transportation or shipment of hemp lawfully produced under a State or Tribal plan or under a license issued under the USDA plan.”

Third, the interstate transportation or shipment of hemp lawfully produced under the 2014 Farm Bill cannot be prohibited by States and Indian tribes.

By the language, it seems that the USDA is planning on publishing regulations concerning new hemp production provisions. Before planting, harvesting, and processing of hemp crops per the new provisions can occur, the USDA must publish the regulations and approve regulatory plans submitted by the states.

The memo also adds that other agencies, such as the Secretary of the Health and Human Services and Commissioner of the Food and Drug Administration, also have a role in regulating hemp under applicable FDA laws. The memo states,

“It is also important to emphasize that the 2018 Farm Bill does not affect or modify the authority of the Secretary of Health and Human Services or Commissioner of Food and Drugs to regulate hemp under applicable U.S. Food and Drug Administration (FDA) laws. USDA expects to issue regulations implementing new hemp production authorities in 2019.”

Those who are interested in reading the memo can do so here.

Cannabis Regulation in Canada’s 10 Provinces: Here’s What You Need to Know