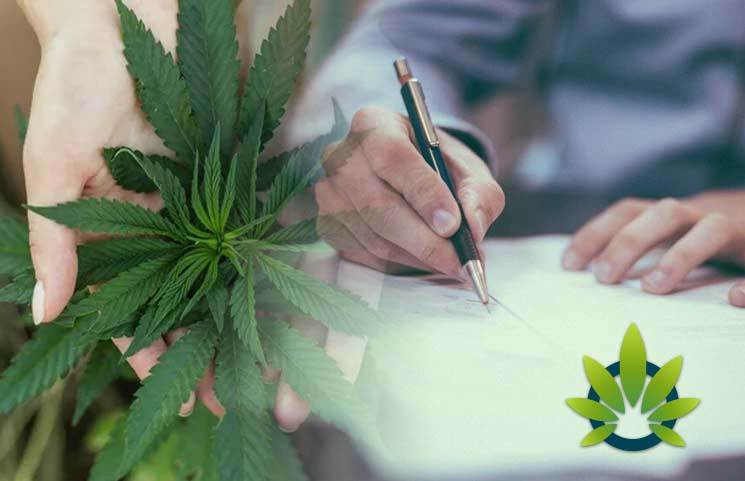 On Tuesday, a coalition of 10 Senators sent the head of Justice and Homeland security departments a letter calling for the termination of a federal immigration policy which bars immigrants who have worked in the legal marijuana industry of the state from gaining citizenship.

The letter indicates that the authorities should not exploit the conflicting state and federal cannabis laws to penalize legal permanent residents who are law abiding just because they seek to naturalize.

Noting that the states legalizing marijuana are continually increasing and that the public opinion regarding the issue favors legalization strongly, senators noted that the Trump administration should stop the implementation of the marijuana policy.

In April, The United States Citizenship and Immigration Services released a memo clarifying that admitting to using cannabis or working in a marijuana-legal state market renders naturalization applicants disqualified for citizenship on the basis that an activity like that demonstrates lack of “good moral character.” The policy update got a big push back from congress members.

Senators also emphasized on marijuana industry’s economic potential as it has led to the creation of over 200,000 employment opportunities nationwide and generated huge taxes that have been used to support public health, law enforcement, education, and invest in communities.

The senators wrote that they are concerned that recent changes in USCIS guidance could prevent people from seeking state-legal jobs in the cannabis industry and hinder legitimate and meaningful contributions to the American economy.

All but two senators who are at the moment seeking the Democratic presidential nomination in 2020 signed on. Senators Michael Bennet (D-CO) and Bernie Sanders (I-VT) were not listed.

The letter goes on to state that the federal government has for a long time accommodated Americans’ different views across the country and have deferred to states accordingly to define policies and laws that are beset defined in their communities. The legislators hence asked the department of Homeland Security and Department of Justice to bar implementation of the USCIS guidance and exclude cannabis-based activities as a constituent in determining acceptable moral character for the purposes of naturalization.

The senators’ letter echoes ideas made in a separate letter sent by a group of 43 bipartisan house members last month. The letter was led by Reps Joe Neguse, Hakeem Jeffries and Kelly Armstrong. This group referred to the USCIS guidance as “fatally flawed” since it doesn’t provide cogent basis for the apparent conclusion for the agency that lawful employment in an industry licensed by the state could be treated as a harmful factor in establishing desirable moral character and places a negative burden upon people against a discretionary element that’s non-existent.