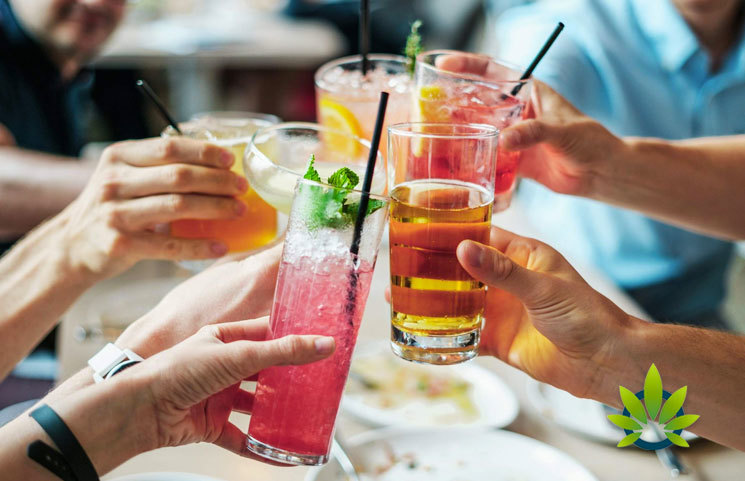 Dia Simms Previously Worked as the President of Combs Enterprises. Simms Was Recently Hired as the CEO For BRN Group.

Sean “Diddy” Combs recently made comments about Dia Simms, the former Combs Enterprises president, stating that he expects that he will soon cross paths with Simms. Simms is presently the head of BRN Group, a cannabis-focused firm for distribution and branding. Is this a subtle way for Combs to say that he’ll be in the market too?

“I am extremely proud of the work that Dia has done for Comb Enterprises and wish her the best as she launches BRN Group and changes the cannabis game. I am confident our paths will be crossing again very soon.”

If that statement is any kind of sign that Combs is entering the market, it would definitely not be alone. Other celebrities that have already entered the cannabis market include Snoop Dogg, Seth Rogan, Whoopi Goldberg, and Melissa Etheridge.

“I worked with Sean for many, many years. We’ll see what the future holds in terms of things we will be doing potentially together. I’m not ruling that out.”

Combs recently got involved with the CBD industry quietly with an investment in AQUAhydrate, which is a bottled water producer in Los Angeles that was acquired in an all-stock arrangement with Alkaline Water Company. These two brands will be working on the release of a line of CBD-infused products, though this plan is still going through changes.

The BRN Group is going to be located in Toronto and New York, starting off by focusing on hemp-based CBD. The company has already appointed Adam Arviv, the co-founder of Green Growth Brands, and two individuals from Southern Glazer’s Wine & Spirits as directors. Simms will be the CEO, though she has previously worked with the US Department of Defense, Clear Channel, and GlaxoSmithKline. Simms previously worked with Combs in 2005 as an executive assistant, though she worked her way up to be the president of Combs Enterprises by 2017.

Presently, the United States has deemed cannabis to be federally illegal, despite many efforts to change those policies, so the BRN Group is not developing any THC products just yet. However, there have been many connections between alcoholic beverages and cannabis, which has been demonstrated significantly by an investment in Canopy Growth Corp. by Constellation Brands, the company responsible for Corona beers. One of the many endeavors that Simms took on with Combs Enterprises was that of overseeing his alcohol brands – Cîroc Vodka and DeLeón Tequila – so her experience has adequately prepared her.

Simms commented that tequila, in its early days, “had a bad reputation.” However, her job involved changing that stigma. She explained,

“Part of tequila promotion for me was taking the time to develop education-focused content that explained the heritage and the heartbeat, and why tequila deserves the same respect as whiskey. I think there is an opportunity to do that kind of loving storytelling about the background of cannabis brand-by-brand, strand-by-strand.”

Cannabis has a lot to overcome in the mass market as federal legalization continues to progress, and Simms believes that star power will not be enough to make the difference. Instead, consumers want to see a natural pairing between celebrities and their support for cannabis, comparing this kind of connection to that of Cîroc Vodka and Sean Combs. Simms believes that the cannabis brands that are popping up in the industry could easily learn from the success that Combs Enterprises have had, choosing to market to a broader audience.

“You really have to be intentional about understanding the totality of what the North American market looks like and will look like in the future in terms of level of diversity. Today, we’re just leaving money on the table.”