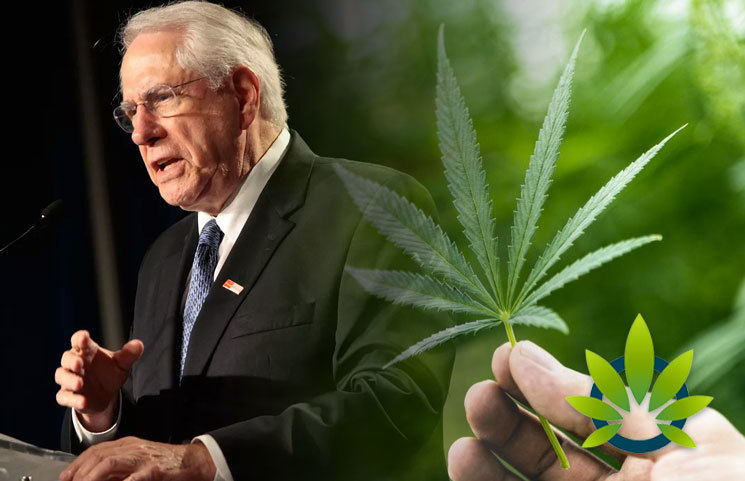 While Trump’s longtime Attorney General Jeff Sessions complicated matters with his tough stance in favor of minimum prison terms for nonviolent drug offenders, as well as his advocacy for stricter possession laws federally, Trump’s view has remained largely disinterested in federal prohibition efforts, but also disinterested in federal legalization. Cannabis is illegal under federal law and is classified as a Schedule I substance.

Marijuana legalization is likely to become a huge topic of debate on the stage for both the general 2020 election and the primary processes of Republican and Democratic parties alike. Americans have become more in-favor of marijuana’s legalization than ever before, and candidates will likely be unable to dance around the topic. Firm positions are warranted, and Americans want to know where their potential candidate stands on medical and recreational cannabis. Federal legalization is on the table.

For one candidate, Senator Mike Gravel of Alaska, legalizing cannabis on the federal level might be as simple as ratifying an amendment to the U.S. Constitution. An amendment would be an interesting route for legalization, albeit unprecedented for many pundits in the current atmosphere. The move would ensure that legalization would remain in-effect for a very long time; repealing a constitutional amendment is far harder than simply repealing a law or amending an existing document.

Additionally, the move would require quite a bit of work from Senators and Congressman currently in-power. This particular Senator created an organization called Amendit, housed at Amendit.us. The site’s campaign is simple; they want to legalize all forms of cannabis via an amendment to the United States Constitution.

Amendment to the U.S. Constitution requires two-thirds approval in both the House and the Senate, as well as ratification from three-fourths of state legislators all over the country. Though this obstacle is notably a difficult one, Amendit is reaching out to legislators all over the country, attempting to rally support in favor of the groundbreaking legislative move.

If it passed, the organization, and its founding Senator, will gain a significant amount of support from Americans all over the country. A common sense solution to marijuana legislation regularly polls as something Americans are deeply interested in, although many legislators have chosen to steer-clear of the issue, rather than put their necks on the line for progress.

Please be mindful that marijuana is illegal under federal law and is classified as a Schedule I substance, and nothing herein is intended to lead you to believe otherwise.

Illinois to Officially Pass Recreational Cannabis Legislation for Adults, Will Expungement Past Convictions