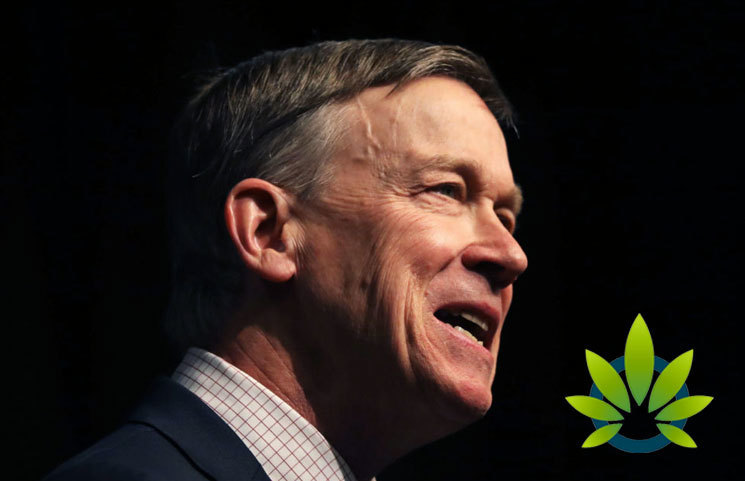 Making his closing statement, Hickenlooper claimed that he is a small businessperson who brought the same scrappy spirit to Colorado and rafted off a list of accomplishments he takes credit for. This list included cannabis legalization.

Hickenlooper said that he is among those who transformed the justice system in the process, making Colorado the first state to legalize cannabis. Hickenlooper went on to say that he is the one person who did the big and progressive things that everyone is talking about.

As advocates pointed out quickly, it turned out that Hickenlooper seemed to be giving a revisionist history of his role in Colorado’s historic reform move. Besides, Hickenlooper actively opposed the 2012 ballot measure seeking to legalize cannabis, which voters went on to approve through referendum despite the governor’s objections.

Although Hickenlooper’s administration effectively implemented the legal cannabis system, he acknowledged two years after the vote that he didn’t support it from the very start, and that the move to legalize cannabis was reckless.

Talking to the Marijuana Moment, the executive director of NORML, Erik Altieri, said that Hickenlooper doesn’t deserve any credit for cannabis legalization in Colorado and that his politically craven attempts to take credit amount to outright lies. According to Altieri, the only persons who deserve the credit for realization are Colorado citizens who made a sensible and bold step towards legalization, despite the complete lack of leadership from the governor.

Hours before the debate, Hickenlooper addressed his former opposition to legalization in a Reddit AMA session. Hickenlooper said that no other state had legalized cannabis before his administration and that he had concerns about how legal marijuana would work in practice. He went on to say that once the Coloradoans had made their preference clear, he gathered his team to create the first legal marijuana regulatory framework. This, according to Hickenlooper, was a mammoth effort whose end result was much better compared to the old system. As a result, Hickenlooper said that tens of thousands of people are no longer disproportionately arrested over a joint.

Users Did not let Hickenlooper Off Easily.

One comment that had over 10 times more upvotes than Hickenlooper’s criticized how the former governor disproportionately arrested people of color for having a joint until Colorado citizens asked him to stop.

Elsewhere in the same thread, Hickenlooper claimed that he is now for the idea of descheduling cannabis at the federal level, allowing the FDA to study cannabis, making banking access for cannabis businesses easier, and expunging criminal records of people with prior non-violent, low-level cannabis convictions.

Although Hickenlooper recognized his former opposition on Reddit, this nuance didn’t make it into his Democratic debate’s final statement. This ended up frustrating reform advocates.

Mason Tvert, one of the co-directors of the legalization initiative in Colorado, said that it is strange how Hickenlooper is trying to take credit for Colorado legalization, and even more upsetting that he is trying to use this to distinguish himself from other presidential candidates. Tvert went on to say that although Hickenlooper deserves credit for implementing the law and changing his mind on the issue, he doesn’t have business holding it over other candidate’s heads – especially since some of these candidates supported legalization, and didn’t fight cannabis as much as Hickenlooper did.

Tvert feels that if Hickenlooper wants to use the cannabis policy as a campaign point, he should stop misrepresenting what he did in the past and instead focus on what he would do for the cannabis industry in the future.

Using marijuana legalization as a campaign point seems a common theme among governors of legalized states. Similar to Hickenlooper, Washington Governor Jay Inslee (D), who’s also a candidate for Democratic presidential nomination, has appeared to claim credit for marijuana legalization in his state – despite having opposed the move before Washington voters enacted it. Although several states have legalized cannabis for medical or adult recreational use, marijuana is illegal under federal law.