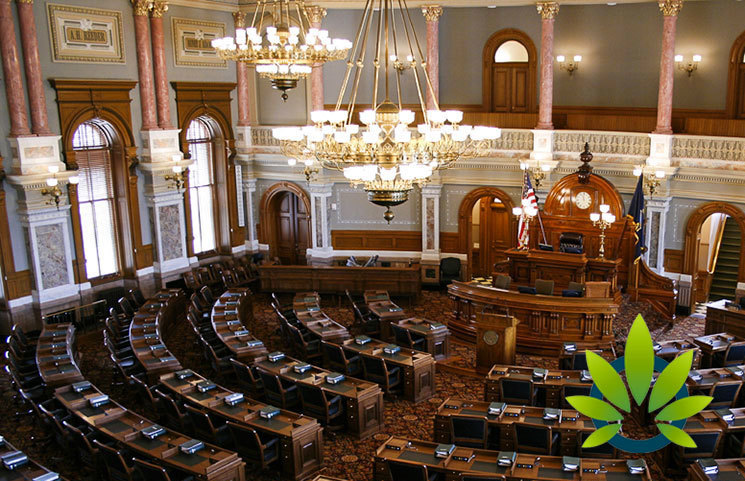 The Kansas House now approves the use of CBD oil with traces of THC reports news outlet, High Times. As per the claims made the bill, named HB 2244, was approved on Wednesday June 26, 2019 ((with an 89-35 vote) and was only considered after hearing Claire and Lola’s story.

Claire and Lola are two sisters who have a rare condition called the microcephaly, which is one that is experienced with birth. What it does is that it forces children to experience underdeveloped brains with small heads. Unfortunately, elder child, Claire who experienced cerebral palsy and epilepsy died in December of 2018. Their parents, Gwen and Scott Hartley eventually used CBD oil on 12-year-old Lola, who has since been able to experience its positive impact.

What exactly will this law permit consumers to do? According to Representative Susan Humphries, adults can now give a CBD oil containing 5 percent THC to “seriously ill children,” reports High Times.

Humphries further noted that CBD is a “medical treatment that many families in Kansas would like to use for their children with debilitating diseases or their sleeves.”

All this being said, allowing the use of CBD with THC via the HB 2244 does not mean that cannabis is now legalized, nor does it mean that residents of Kansas can now involve themselves in its production. The bill merely allows adults who can prove that their child’s condition is a “debilitating” one to use CBD for treatment purposes.

Another possible concern that this bill can rid families of is the intervention of the Kansas Department of Children and Families, who are known to remove children from their families if said children are tested positive for CBD presence.

While the House appears to be in favor of this bill, other players have since expressed despise including the likes of the Kansas Medical Society, and the Kansas Bureau of Investigation to name a few. As per US News reporting, such opposition could be due to the difficulty in enforcing the bill along with the costs attached.