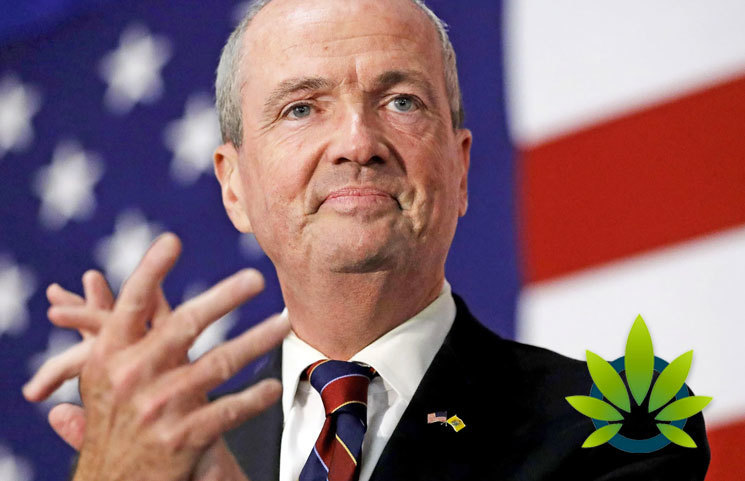 In a ceremony in Freehold that was attended by Phil Murphy, the New Jersey Governor revealed some interesting news to the cannabis world. The governor confirmed that he will sign the Jake Honig Compassionate Medical Cannabis Use Act into law tomorrow.

The law unites the 3421 Assembly Bill with the 1955 Senate Bill. A seven-year-old cancer victim is the inspiration of the law, and it is named after him.

The bill has removed certain restrictions on medical marijuana access. This was in an attempt to improve on the experience and deal with the suffering most New Jersey patients like Honig go through. Honigs family will be present during the signing of the bill into law.

Honig law will significantly see the opening of medical marijuana in New Jersey. There are also plans by the state to dish out some more 108 licenses to the marijuana businesses. For now, the state only has 12 integrated licenses with only half of them working. There will be 30 permits for processing, 54 permits for the dispensary department, and 24 cultivation licenses throughout the state.

The 12 already licensed companies that work in New Jersey will be required to get the new permit that would help them cement their footprint in the marijuana business in the state.

Murphy said that barriers need to be knocked down to make medical marijuana a reality, affordable, and accessible. Murphy is a cannabis industry pioneer and has been campaigning for lesser stringent marijuana laws.

Patients monthly intake will be increased to 3 ounces by the new law; the law will also enable the purchase of cbd oils and edibles by New Jersey residents with medical marijuana cards.

New licenses can be applied by Businesses that are known as the Alternative Treatment Centers. The Health Department in New Jersey stated that patients are very eager for affordable therapy and access to the herb. This is substantially a huge win for the marijuana campaign.

Recreational marijuana use had been brought to the Senate by Murphy and his cannabis advocates, but the deal didn’t go through this year. There was minimal support for the bill. The tax incentive program clashed the bill nonetheless lawmakers are planning on adult-use cannabis legalization stated for next year to a public ballot.

There is another bill that seeks to put to an end the criminalization of cannabis use. This bill will also remove any background criminal records of previously cannabis offenders.