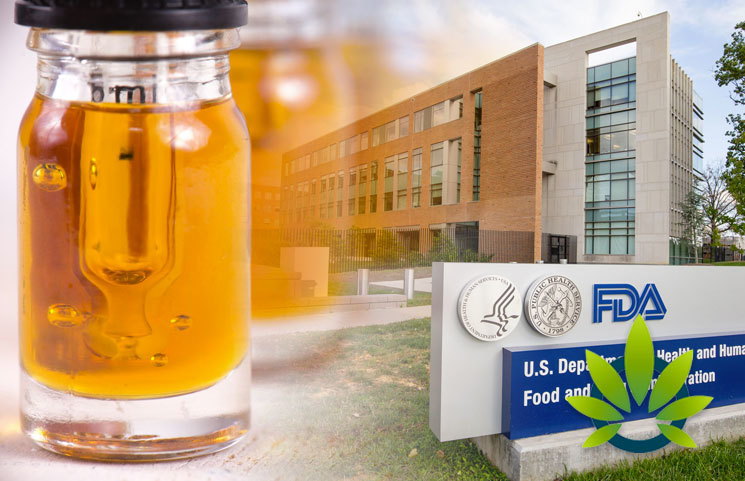 A number of cannabis-related stocks have supposedly witnessed positive trends on Monday, July 15 reports news outlet, Market Watch. According to the claims made, said increases have been associated with statements made on Friday, July 12, in which it was revealed that the U.S Food and Drug Administration (FDA) plans to investigate cannabidiol (CBD) consumption.

Principal Deputy Commissioner and Acting Chief Information Officer, Dr. Amy Abernethy was the one to have initially tweeted said news. In particular, Dr. Abernethy disclosed that the FDA is working closely to answer many questions that have come up in relation to CBD.

She noted that this is an important step, as it has an effect not only on public health, but also, “American hemp farmers and many other stakeholders.”

Interestingly the CIO appears to share enthusiasm regarding this endeavor, as she tweeted the following below:

2/3 We are enthusiastic about research into the therapeutic benefits of CBD products but also need to balance safety. To understand the breadth of issues and gather data on safety we have conducted a public hearing, reviewed the medical literature, and have an open public docket.

As for consumer awareness, a couple of interesting comments have since been made. For instance, Twitter user, @student_game hopes that progress implies a “framework to manufacture and begin selling CBD food and beverage products.” This individual further noted that hemp farmers require a “scalable market for the key by-product (#CBD) to actually strive.”

Another comment made regarding this entails the overall processes undergone by firms to extract CBD. This comes from @kwempa_wempa, who shared that as a cancer survivor, she expects “manufacturing processes are scrutinized,” stressing that many products today house carcinogens, which shouldn’t be allowed to begin with.

The Impacts on Cannabis Stocks All Around

Bearing all this is mind, a number of cannabis-related firms have been able to benefit from this news, which include Green Growth Brands Inc.’s increase by 9.5%, followed by Canopy Growth Corp’s by 4.1%, Cronos’ 3.4%, MedMen’s 2.2%, and Aphria shares’ 1.2% among others.

In addition, Market Watch disclosed some firms that have experienced hurdles throughout their existence, and the factors that led them to said positions.

For instance, Ontario-based cannabis firm, Organigram has been referenced in the post to expound on the struggles experienced and how it affected their revenue generating abilities. In particular, the CEO argues that experimentation costs increased, which lead to a net loss of nearly C$10.2 million just about a year ago.

According to Jefferies analyst, Ryan Tomkins, the aforementioned was a minor setback and disclosed that Wall Street wasn’t taking into account all aspects of cannabis, i.e. competition in beverages, leading to other firms “overestimating returns”.

Another company mentioned was that of CannTrust Holdings shares, CTST, who was immensely hit after Canadian regulators got hold of over five metric tons of cannabis grown in unlicensed rooms.

Greg McLeish from Mackie Research noted that, “Management has lost credibility and we now have concerns about the company’s financial accounting,” adding that senior management should have discovered this given the use of unlicensed rooms.

Tomkins deems the likes of Aurora Cannabis (shares rose by 3.2%) as being “encouraging” because not only is the firm complying by Health Canada expectations, but they are also taking the necessary measures to ensure that “high quality outdoor production” is met.

Another share that has since been elaborated upon include Aleafia Health (ALEAF, +7.4%). Interestingly, Flowr Corp shares saw a downward trend (-8.6%) amidst good news. In particular, the firm revealed that it received approval for outdoor growth. Despite the drop, Tomkins trusts the timing said approval comes in at is good for the stock value.