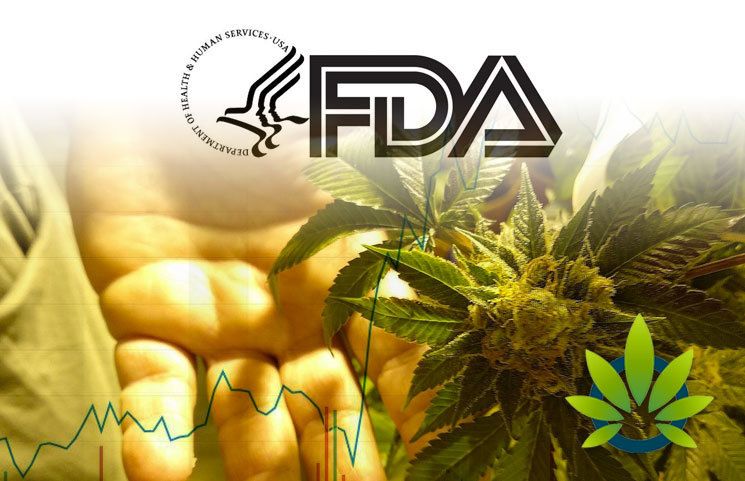 Cannabis stocks have been on the rise lately as the laws are starting to evolve at the state level and federal level. This week, the stocks got a nice boost, following an announcement by the Food and Drug Administration that the authority is working to establish regulatory framework with greater expediency for CBD.

CBD is the ingredient in cannabis that does not cause a psychoactive effect, unlike THC. It also offers many therapeutic properties and can help with many conditions in the body. Most notably, CBD has frequently been used for pain management, and has been approved in an epilepsy medication already.

Right now, the FDA’s hands are tied, more or less, because CBD is the main ingredient for the aforementioned epilepsy medicine, Epidiolex. Epidiolex is formulated the treat some types of epilepsy in children, and it therefore classifies CBD as a drug.

The only hope for companies to have control over adding CBD into their products is to ultimately convince the FDA to speed up the new regulations that are being imposed on the FDA. While many product companies don’t want to use the lengthy and often fail-filled process of clinical trials, the FDA has only compromised that less than 0.3% of CBD-based formulas can include CBD. Sellers have to even be careful of the claims that they make about their products.

According to the FDA, the reasons for refraining from a blanket approval of CBD is because of the potential for liver damage, even though this damage is only likely over long-term use of concentrated CBD. After all, this is a risk that consumers are warned of with Epidiolex. Regulation is an absolute necessity to prevent CBD from being sold in doses that could potentially harm consumers.

Furthermore, the FDA wants to learn and understand what CBD could do to the consumers that ingest it, considering safety as the top priority. They want to know how much can be used topically and internally, along with how the body reacts to using both of these methods in the same day. More studies are necessary for determining a general consensus of how consumers’ bodies react.

Even though there has been a lot of success around cannabis stocks lately, there are still plenty of people who are skeptical about these publicly traded companies. CBD’s value is anchored in whether it truly has medicinal benefits, and a former commissioner with the FDA has stated that there aren’t any. The majority of cannabis stocks are related to the pharmaceutical industry, and many are based on the results of clinical trials.

The big issue with CBD products is that CBD, in itself, is a commodity, which can be used by anyone. There’s no real difference between products that hasn’t existed for their lifespan, only adding CBD as a new benefit. However, only time will tell how well this industry does.