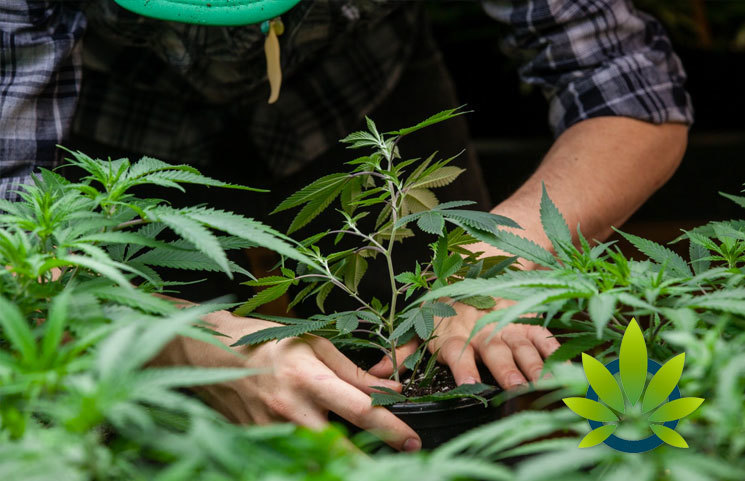 Increasingly more states are starting to get involved with the cannabis industry, legalizing medical marijuana and sometimes recreational marijuana. While there are many voters that feel like this development means progress, it has not been the same positive move for marijuana farmers, according to a report from Politico.

Thomas Mulder is one of those farmers having a difficult time with the legalization. When the publication interviewed Mulder, he explained that this time of year would normally be watching through multiple plant around his knees, only to reach over his shoulders a few months later. Alas, his planters are presently barren, which have been around since the 1970s when his parents his parents purchased the greenhouses with the intention of growing marijuana.

While this property used to be hidden directly from the Drug Enforcement Administration, the stigma around marijuana is not quite as a few decades ago. With the legalization movement, these regions in California and other places have created an opportunity for farmers to grow for a middle-class living. However, the costs associated with becoming a part of a regulated medical market are making things a little more expensive.

With these regulations and costs, Mulder admits that his farm experienced the worse loss it had ever seen in the last year, and even had to get money from the retirement fund and children’s college fund to stay afloat. Even though his retirement savings account held over $80,000 last year, he only has about $500 left, which surely will not take him through retirement.

Unfortunately, Mulder’s story is not the only one of struggle in this industry. Growers with industrial-level farms in Central Valley and other fertile regions have entered the market, and the cost of marijuana has been cut by over half of its former value. With fewer bank loans available and stricter regulations, there are many farmers that have had to leave the industry, unable to afford to remain in it. Last year alone, there were only 2,200 farmers who ended up applying for a cannabis license.

Before legalization was implemented, there were a total of 30,000 farmers around, which shows how high the cost has risen. Reportedly, about 10% of growers ultimately shut down entirely, though Politico suggests that the number will be 5x higher this year. Trillian Schroeder, a Humboldt County cannabis farm consultant, said, “The regulatory climate in California and the cost of all those regulations certainly does make the prospect of a viable small farm really small.”

Realistically, the legalization of marijuana is doing more to reduce illegal drugs than the “war on drugs” by the DEA ever did. Medical marijuana was first legalized in 1996 with the Compassionate Care Act, and many farmers in Humboldt County were understandably hesitant to come forward about their activities, as well as registering their property with an entity that has been an enemy for so long. However, more farmers started coming out, as the government welcomed them with a tax for participating in the industry.

Now, with Prop 64, cannabis has since become “the most regulated crop in the nation’s most regulated state.” The plants are monitored closely, but each state and even county has different regulations, forcing the farmers to pay before growing, after growing, and even after selling. The biggest costs come from the structural and environmental changes, though the farmers also have to cover $3,000 to $5,000 fee for zoning certificates and water boarding. For instance, farms in the mountains have to put in paving for the dirt roads that lead to them, which is about $100,000 for many of these farmers. Other farms that find endangered species have to do the same but are often told to wait for two years to get a study on the environmental impact that they would make, ensuring that the habitat isn’t impacted.

The reverse happens with farms that have mad-made geological features, being forced to return the land to an eco-friendly state. Instead of paying for paved roads, these farmers end up paying up for repairs with construction and engineering work. If a farm manages to already have the infrastructure for their growing, they still are subjected to the same startup costs, taxes, and other fees that the other farms have to pay.

While these kinds of fees are often funded with the use of small business loans, the marijuana industry does not have the same opportunities. Since the federal government still puts cannabis at the same legal as heroin as a Schedule I drug, banks tend to refuse to even open an account. Furthermore, because of this classification, farmers do not have access to crop insurance, and they are not able to file for bankruptcy.

Interestingly, the state government in California is not just pulling the wool over their eyes regarding the regulations that are restricting the cannabis industry. In fact, the revenue from the taxes meant to be paid by the cannabis industry last year only reached about 30% of what was expected, causing a deficit in the state’s income. While California believed there would be $1 billion in tax revenue, last year’s taxes only brought in $345 million, based on data from the Orange County Register.

The Senate of California appears to be trying to broaden the cannabis industry however, recently passing a bill from state representative Rob Bonata that makes it possible for a state-chartered bank to provide bank accounts to these businesses. However, much like the banks present policies, Bonata explained that the bank will still refrain from issuing loans or lines of credit.

Right now, with the SAFE Banking Act legislation, the Congress in the state is working on these banking concerns. Jared Huffman, the Democrat Representative of the district including Humboldt County, commented, “Criminalizing banking for businesses that are legal under state law is completely absurd.”