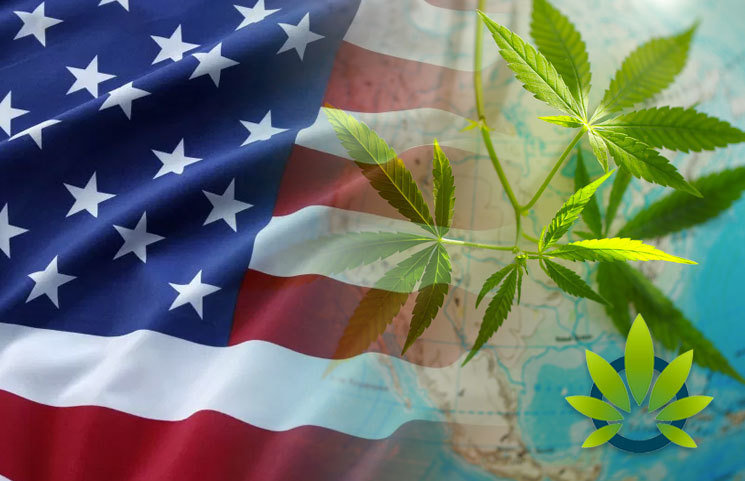 Cronos, a cannabis firm based in Canada, is looking to establish itself south of the border with the focusing being on expanding into the lucrative U.S. CBD market.

According to the Cheddar news website, the co-founder and Cronos Group CEO Mike Gorenstein has said that its partnership with Altria, Marlboro’s owner, has enabled it gain access to more than 200,000 retail stores found within the U.S as well as a network of farmers who can cross over from tobacco to hemp farming.

The passing of the Farm Bill by the U.S Congress late last year has also boosted the development of the hemp derived products market. With the United States FDA (Food and Drug Administration) warning businesses against making health claims about CBD which are unsubstantiated, the market is expected to thrive with analysts like Cowen estimating its value as reaching $16 billion by 2025.

Cronos Listed In Both The U.S and Canada

The first public hearing on the exploration of regulatory requirements when it comes to CBD was recently held by the FDA. Gorenstein has opined that he does not expect major changes to take place saying that ‘status quo’ was the main message he got from the meeting.

Gorenstein became prominent as Gotham Green Partners’, a private equity group based in New York, co-founder. The equity group is currently one of Cronos’ investors. Cronos is currently ranked the third largest Cannabis companies in Canada and was first listed on the Toronto stock exchange before being listed on Nasdaq early last year.

Cronos Possibly Returning To The US This Year

Gorenstein told Cheddars that as Americans based in Canada, the was always a plan to come back to the United States adding that the company is planning on launching CBD products in the US some time this year. Cronos is currently valued at more than $4 billion and is involved in the cultivation, processing and distribution of cannabis products. It has partners spread out in various parts of the world including Israel, Australia, Colombia, Canada and Germany.

The US and Canada CBD markets are significantly different says Gorenstein. The primary objective for Cronos is provision of vape products for the Canadian market. The Canadian government is in the process of making the sale of vapes, beverages and edibles legal by this fall.

Cronos Focused On The Edibles Market

He says Cronos looking to brand itself as a company dealing in consumer packaged goods. To this end, it will be concentrating on the edibles market with Gorenstein that the company is currently focused on getting the flavours right, positioning itself as a brand and market spending.

The 2019 first quarter sales for the company have doubled with the CEO crediting this growth to the $1.8 billion investment Altria made in the company. Cronos has expanded its R&D program in Israel by establishing a facility to look into cannabinoid devices.