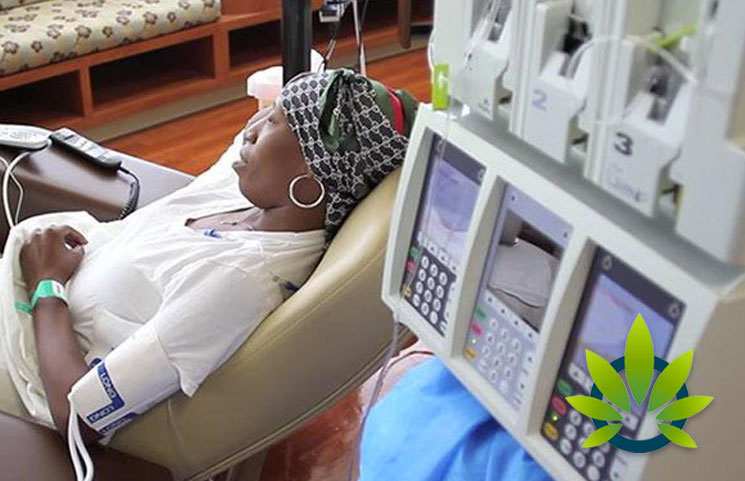 When it comes to medical marijuana, one of the biggest qualifying conditions to secure a prescription is cancer. As cannabis has been shown to improve the appetite (a struggle for chemotherapy patients) and to relieve nausea (another struggle), the use of this remedy hasn’t been debated in this disease. However, researchers at the Amity University in India recently came up with a survey of papers that have examined the use of natural and synthetic cannabis, in reference to treating cancer.

In their findings, there were multiple studies that showed the positive effect that cannabis has on cancer, whether the user integrates THC of other cannabinoids into their routine. In fact, these researchers went as far as to suggest that these compounds, whether natural or synthetic, should be “exploited” as anti-cancer drugs.

Along with the benefits that cannabis already offers cancer patients – reducing nausea, pain, anxiety, and other palliative effects – the researchers believe that THC could also help in the treatment of cancer. In their literature survey, the researchers wrote that THC shows a “promising role in the treatment of cancer growth, neurodegenerative diseases (multiple sclerosis and Alzheimer’s disease), and alcohol addiction, and hence should be exploited for potential benefits.”

The researchers involved with this study include Siddharth A. Shah, Anand Shyamlal Gupta and Piyush Kumar. The survey of papers has already been accepted to be published in the Journal of Cancer Research and Therapeutics. Though the study includes many technical terms and research.

Marijuana Moment took time to review the findings, reported by Kyle Jaegar. Some of the major findings to come out of their report include that:

The authors ultimately stated that cannabinoids showed “tumor inhibiting and suppressing properties which warrant reconsidering legality of the substance.” Furthermore, the authors added that the cannabinoids clearly had a potent effect on the growth of tumors. However, none of the studies that the researchers sourced their information from included clinical trials. Instead, the majority of the studies included cells in test tubes, lab dishes, or mice.

Furthermore, the studies could’ve been done years before marijuana research was blocked by governments. Considering the many discoveries that were potentially made during these periods, it wouldn’t be impossible to believe that the deliberate suppression of research by the government has played a pivotal role in the lack of information available about cannabis today.

Based on the latest information from the National Survey on Drug Use and Health, the use among adolescent has started to fall. However, adult-use is increasing, which directly contradicts what the public believed would happen. In 2017, there were already 14.5% of Americans over age 12 that had used marijuana a minimum of once in the last year. In 2002, that number was only 10.71%, showing an increase of 35% through the last 15 years.

Since 2011, Americans aged 26 years and older increased their cannabis used, rising from 5% to 8%. In young adults from age 18 to age 25, the numbers rose from 19% to 22% in the same period. However, teenage use dropped to 6%, though it previously reached 8%. Jean-Gabriel Fernandez, in an article he wrote with Milwaukee’s Shepherd Express, surmised that the lack of ability for minors to secure cannabis through legal means could be the cause of the decline, especially due to how difficult it is becoming to get cannabis from the underground market.