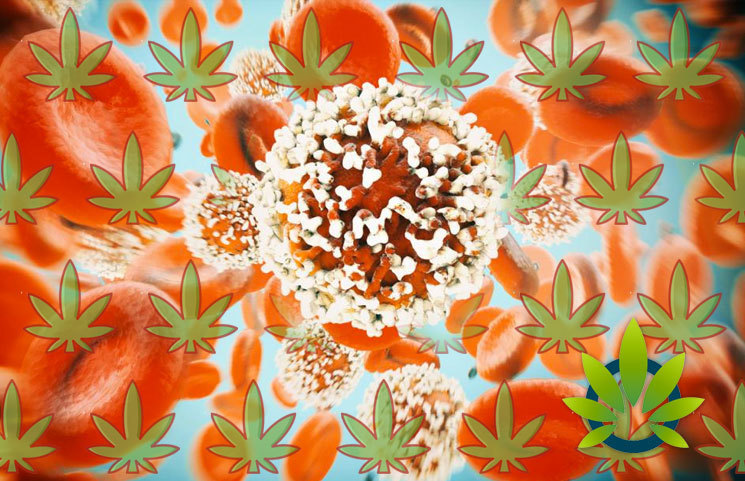 “We don’t let companies market products that deliberately prey on sick people with baseless claims that their substance can shrink or cure cancer and we’re not going to look the other way on enforcing these principles when it comes to marijuana-containing products.”

Nonetheless, there is still research into if and how cannabis may have an impact. One recent study titled Cannabidiol Enhances the Therapeutic Effects of TRAIL by upregulating DR5 in Colorectal Cancer, was conducted by South Korean researchers. The study assessed the impact of cannabidiol and TNF-related apoptosis-induced ligand (TRIAL) and their synergistic effect on tumors in vitro. Note, this affect was not observed in normal colonic cells.

The study explains that

“In the present study, cannabidiol, a new compound of natural origin, activated ER stress through upregulation of DR5 and enhanced sensitivity to TRAIL-induced apoptosis in colorectal cancer cells. Normal colonic cell (CCD-18Co) were not affected by the combined treatment of cannabidiol and TRAIL. Because the level of ROS is very low in normal cells, normal colon cell (CCD-18Co) has no response by cannabidiol (Figure 3B). Whereas, apoptotic cell death was induced in the colorectal cancer cell lines (DLD-1, HT29, and HCT116). These data indicate that the natural compound cannabidiol could be an effective TRAIL sensitizer, and the combination therapy of cannabidiol with TRAIL may be an effective treatment strategy against colorectal cancer.”

The researchers ultimately concluded that treatment of CBD enhances

“TRAIL-induced apoptosis. In summary, we conclude that the combination of cannabidiol and TRAIL is a significant potential therapy via induction of the ROS/ER stress/DR5 for CRC patients.”

Ultimately, although this research suggests a link, there is still a lot more work that needs to be done reach any conclusion as to the impact. For now, consumers should heed the FDA’s warnings and be aware that there are many companies out there making false claims as to the effects of cannabis. By staying informed, users can protect themselves and their health.

A Hope For The Future: Hemp CBD and Childhood Epilepsy

Cannabis for Kidney Diseases: Is CBD a Safer Natural Alternative Than Anti-Inflammatory Drugs?