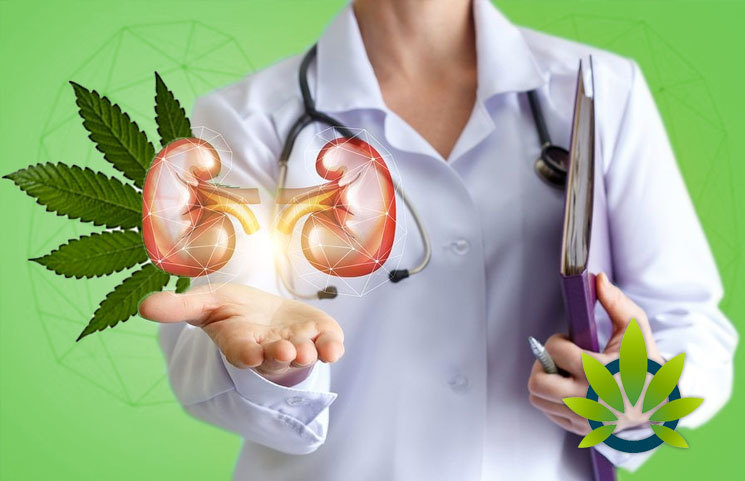 The kidneys are responsible for cleansing the blood. Healthy kidneys are able to cleanse over one liter of blood a minute, and it takes about four to five minutes for the kidneys to cleanse all of the blood in one’s body.

One recent study addressed the relationship between the kidneys and the endocannabinoid system. The study, performed by Joseph Tam, PhD, at the Hebrew University of Jerusalem, observed that the kidneys have endocannabinoid receptors. According to the study, the kidney feature receptors CB1 and CB2, when these receptors are activated, they address abnormalities in kidney function. The study also suggests that if the CB1 receptors are suppressed, damage to kidney tissue could be delayed. On the other hand, activating CB2 receptors could reduce injury to the kidneys. Though the study did not address cannabis, the study may lead users to wonder if and how cannabis can impact the CB1 and CB2 receptors, and how that impacts the kidneys. At this point, there is no concrete evidence.

One article comes to the conclusion that marijuana may not be useful for those who have chronic kidney disease. The article, titled Marijuana Use Associated with Faster Kidney Function Decline in Patients with CKD, was featured in Healio. The article addressed a study where patients with baseline kidney disease also used marijuana. Joshua L. Rein, DO, stated in the article,

“In this study, we saw that patients with baseline kidney disease who used marijuana had accelerated decline in their renal function compared to people who did not use marijuana,” Rein said.

“Renal function in marijuana users with kidney disease should be closely monitored. We don’t know the reason for the decline in kidney function. I hypothesize it’s because of smoke inhalation. Medical marijuana in the form of vaporization or edibles may not share these same harms.”

Thus, if anything, the impact of marijuana on those with kidney disease is unknown. Therefore, those who do have kidney disease and are considering using marijuana may want to discuss with their physician first.

Ultimate CBD Coffee Guide: Analyzing the Best to the Basics of Cannabidiol-Infused Products

The Healthy Impact of Medical Marijuana on Reducing Hypertension Symptoms