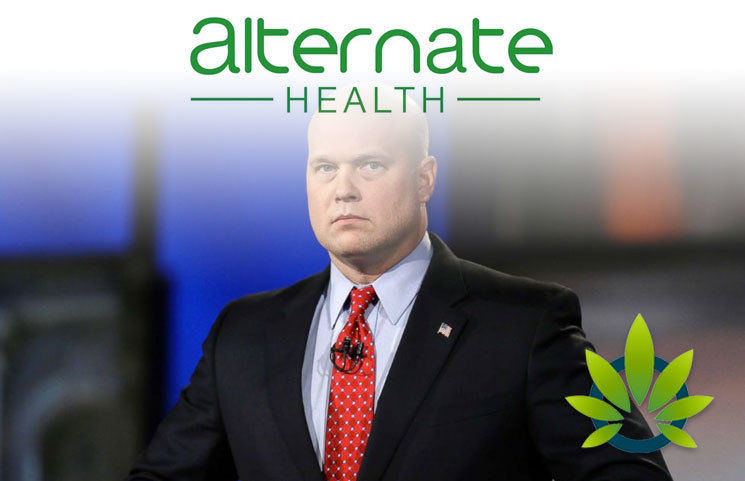 The cannabis industry is making major strides, and the topic is bound to be a major discussion at the upcoming election. There are already people in the White House and the federal government that have expressed their support for legalization verbally, but Matthew Whitaker is taking his support seriously. The former acting attorney general, who filled in when Jeff Sessions resigned from the Department of Justice, has just joined forces with a cannabis company, according to Marijuana Moment.

Alternate Health officially announced the support of Whitaker as part of their outside counsel on Tuesday. This shouldn’t come as a surprise to individuals close to Whitaker, as he’s voiced his support for CBD in the past, and he personally knows individuals that have used the substance for its therapeutic effects.

In a press release, Whitaker commented that he’s looking forward to his role as an advisor with the company and management. He added that the CBD industry has “serious potential,” and that “everyone at Alternate Health will work hard to be a leader in the industry.”

Howard Mann, the CEO of Alternate Health, stated that the experience that Whitaker has from working in the Justice Department and from testifying before Congress will “open doors” for the CBD industry in “many of the most important institutions.” Mann added that Alternate Health is working to remain at the forefront of the regulations established by the FDA and federal government, which is especially difficult as the legal environment evolves. He believes that the support and aid of Whitaker will help with these efforts.

While Whitaker served as acting attorney general, he took no adverse action against the marijuana programs at the state level and didn’t convey the same hostility towards the market as Sessions did. Instead, he commented in February that more marijuana manufacturers should be federally authorized to perform research. However, for the time he had available to him in that position, he was unable “to successfully get to it.”

Still, the Drug Enforcement Administration (DEA) made an announcement on Monday that they were making progress on the approval of grower applications.

William Barr took over Whitaker’s position, though he has expressed the same support for expansion of the market. In April, Barr stated that he would prefer legislation that directs the authority to the state for their own marijuana policies to be established, rather than having continual conflict between state and federal policies.