Will Professional Baseball Players in the Major Leagues Use Cannabis to Manage Pain Next Year?
Advertisement 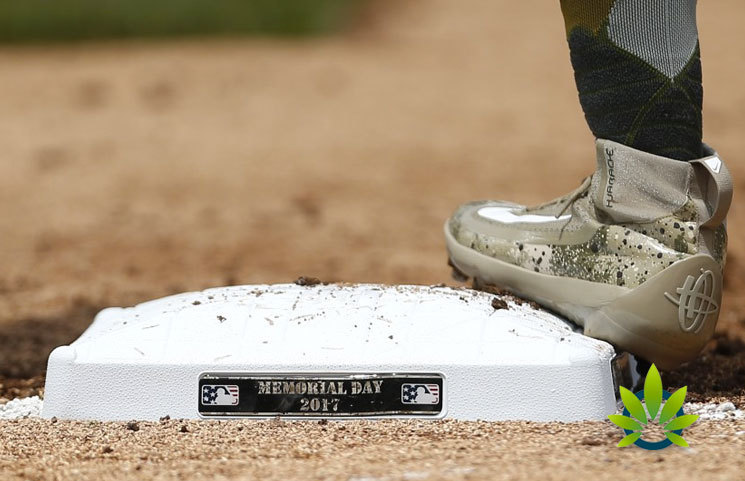 The death of Tyler Skaggs is pushing the MLB to test for drug abuse, like opioids.

Presently, cannabis use of any kind (including CBD) is banned in the MLB.

With the many athletes that are starting to endorse the use of cannabis, it should come as no surprise that many of the current and former players are hoping that the professional league becomes a little more open minded. The use of CBD is toted in many commercials for its pain-relieving effects, especially in topical formulas. Now, according to reports from Benzinga, there is a chance that Major League Baseball could allow current players to use the substance.

John Coyles, the vice president of drug, health, and safety programs for the MLB, sent out a memo to players in March, regarding the marijuana issue. He stated, at the time, that the use of any cannabis substance was not allowed, including CBD. This sentiment was much like what the PGA Tour told their golfers and added that there was a chance that CBD use could result in a positive drug test.

In the memo, Coyles, commented,

“Claims of CBD products being ‘THC free’ are false and misleading. We have seen multiple positive drug tests in the past year for THC that appear to have resulted from the use of CBD products, despite the product labels.”

However, his concerns aren’t wrong. A recent report from Ellipse Analytics involved 250 of the top-selling products in the CBD sector, discovering that THC was present in approximately 45% of the products tested. Even though there were many remedies that advertise themselves as “THC free,” approximately 21% of those products had some level of THC in them.

Still, the fact remains that baseball players need to have a way to deal with the inflammation and injuries that stem from their intense physical activities. However, the big concern is presently with finding options that are safe and effective, which is an issue that is presently under review, according to the Los Angeles Times. This concern is even more necessary to consider, with the death of Tyler Skaggs, the pitcher for the Angels.

When Skaggs died, the toxicology report shows that he had both oxycodone and fentanyl in his system, as he choked on his own vomit. Presently, the MLB lists both cannabis and opioids as drug abuse, which players are not regularly tested for. Instead, the major league primarily tests for performance-enhancing drugs. In the minor league, the policies are much more aggressive, and a total of 13 players were suspended this season, after drug testing revealed positive results. Of the individuals suspended for drug abuse, 80% were using marijuana.

Presently, the LA Times states that the players union and the MLB are discussing a looser policy on marijuana. With the death of Skaggs, the idea of openly testing for opioids is a possibility. As far as marijuana, the discussion appears to be about when players would be able to use cannabis, and if it would be available as a source of pain relief.

“The parties have discussed whether to loosen baseball’s restrictions on marijuana—not specifically as a trade-off for opioid testing, but as part of the annual review of the sport’s drug policy, according to three people familiar with the talks but not authorized to comment publicly on them.”