Professional Athletes Voice Support for Cannabis Use, But Will Sports Leagues Advocate It?
Advertisement 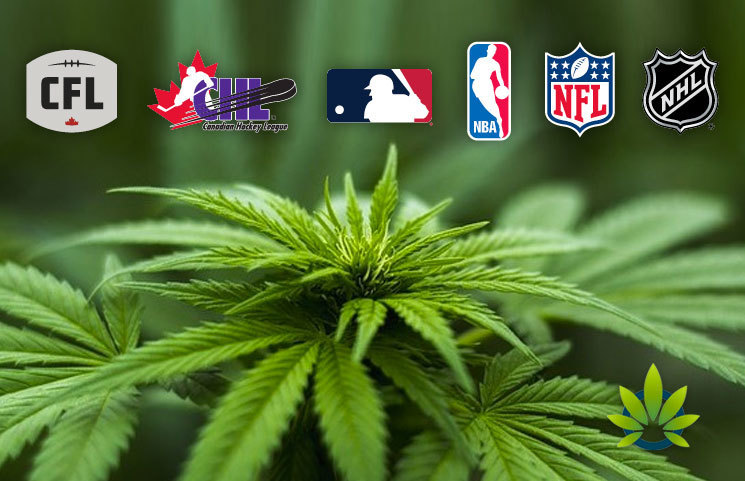 CBD and even THC are lauded as effective ways of treating pain and inflammation, even with the limited research available. The world of professional sports is clearly in need of these options, as athletes exert themselves significantly more than the average consumer.

However, current policies state that the use of these substances is presently prohibited, regardless of its efficacy. Many current and former pro athletes have advocated for cannabis to be removed as a controlled substance, but are the leagues going to catch up to these requests?

Multiple leagues consider cannabis to be a drug of abuse, including the PGA, the National Football League (NFL), the National Hockey League (NHL), Major League Baseball (MLB), and the National Basketball Association (NBA). So far, there have already bene disciplinary measures enacted against anyone that violates these rules, though some leagues are admittedly stricter about adherence to the guidelines.

Regardless of the current rules, there are many athletes that use cannabis for medical alternatives to opioids and as recreational substances. Opioid use is a common issue in professional sports, due to the constant threat of injury and the amount of rehabilitation it takes to recover. Some people use cannabis for its ability to soothe anxiety before a game, and others heal easier from competition and training by fighting inflammation with its use.

Eugene Monroe made history in the leagues three years ago, when he became the first currently-active NFL player to urge the league to allow the use of cannabis. In an effort to bring greater understanding to the public, he personally donated $80,000 to Johns Hopkins University and the University of Pennsylvania for the study of cannabis use in football.

With how frequent the topic of cannabis continues to arise in the professional circuit, current and retired players should find solace in the fact that the NFL recently agreed to take the matter more seriously. In May, the players union and the NFL agreed to collaborate on a study that examined the possible use of cannabis in handling pain. Two separate medical committees have already formed to develop recommendations.

If the recent statements from NBA Commissioner Adam Silver are any indication, it is possible that at least that league could change the stance on cannabis. Last December, the league was discussing the matter with the players association and said that this issue was neither moral nor ethical in nature. However, he advised that the best path for the league would be to “follow the science.”