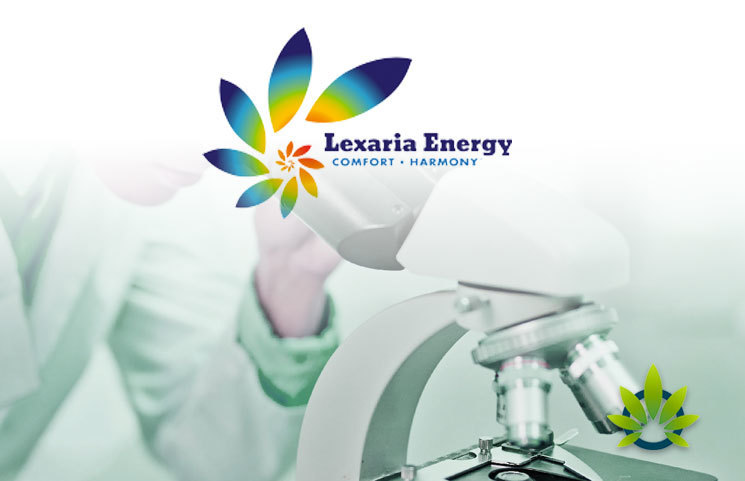 The cannabis world is largely struggling with legalization due to one big problem – research. Regardless of the new drug reform bills on the desks of senators, or the legalization of hemp through the 2018 Farm Bill, there is still so much that the public doesn’t actually know about hemp and cannabis. Lexaria Bioscience Corp., an innovator in the drug delivery sector, wants to face that problem head on, which they’ve done through a human clinical study in 2018, which examined CBD delivery and efficacy with their own DehydraTECHTM powered TurboCBD™ capsules.

Lexaria recently published a press release to announced that their final study results are available and have already been published in a respected medical journal called Advances in Therapy. This publication is known for their longevity in the world of clinical medicine and pharmaceutical research, as they’ve been continually publishing in this sector for over three decades.

In the publication, Lexaria describes the findings of their clinical trial. The key findings revealed:

The study specifically involved 12 healthy young male athletes, and the results were promising. However, to gain a better understanding of what these products can do, the investigators believe that additional research would be helpful. More specifically, they stated, “further acute and chronic dosing investigations in older and cerebrovascular-compromised patients may shed light on the vascular and clinical impacts of increased CBD bioavailability.”

Lexaria was recently the recipient of two patents that could greatly benefit their research in the future. The first was granted for “treating certain conditions including, but not limited to heart disease, neurological diseases such as Alzheimer’s, Parkinson’s, schizophrenia,” and other conditions. The decision to grant this patent is fairly convenient, due to how effective that the DehydraTECH technology is proving to be in the increased cerebral blood flow. The study’s success in delivering drugs to the brain is also a major milestone, which could help millions of people with these conditions in the future. 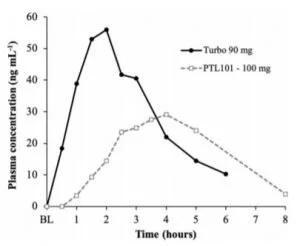 In the publication, another recent study was discussed by other investigators that examined CBD with the absorption that human experienced with edibles. The chart above shows the differences between the Turbo CBD 90 mg dose and that of the competitors 100 mg dose. While the latter took about four hours to reach maximum plasma CBD concentration, the TurboCBD™ 90 mg dose took a maximum of 120 minutes, or two hours. After 30 minutes, the competitor’s rate of CBD absorption could barely be detected, which is a striking contrast from the aforementioned longevity of the TurboCBD™ dose.

Lexaria Bioscience has already licensed the use of DehydraTECH to multiple companies, though it has had 16 patents already granted for the innovative work they’ve done in the drug delivery platform sector. There are still over 60 patents pending. Consumers can learn more about Lexaria by visiting www.lexariabioscience.com.

High Profile Doctors Examine CBD and Your Body: What’s Normal and What’s Not?

CBD and MCT Oil: Importance of Medium-Chain Triglycerides as a Carrier Oil