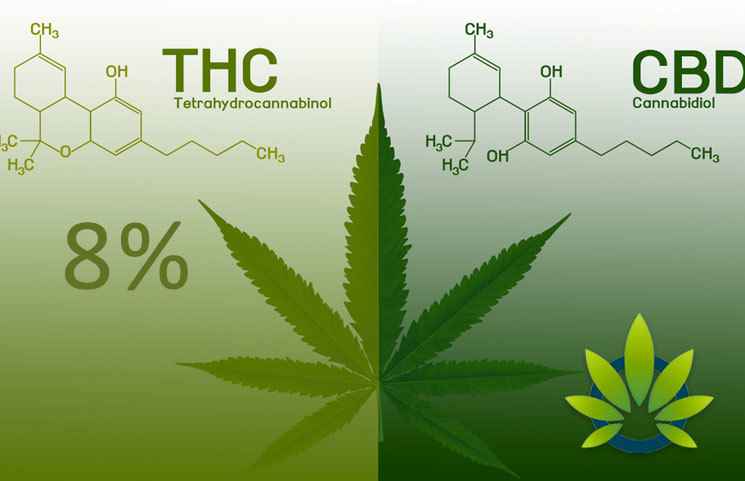 Marijuana is available in dispensaries at a variety of potencies, depending on the strain and the need of the user. In these dispensaries, low doses are less than 15%, while the majority of these strains reach between 15% and 20% THC. However, the head of the only federally authorized marijuana farm in the country – Mahmoud ElSohly – feels a little differently. In fact, he seems entirely confused by why someone would even want more than 8% THC, saying that this potency is far too high.

ElSohly made his comments during a podcast interview, stating that the last two decades have brought demands for higher potency cannabis to research. With his facility’s products, he stated that studies have shown 8% THC to be too high for the participants involved.

This low THC has been a source of frustration for scientists, since it is drastically lower than what consumers have available to them in the commercial market. In this market, the THC content of flower is significantly higher, which makes it hard to apply this federally approved researcher to the real world.

The ElSohly team, which performs its research at the University of Mississippi, was first approached in 2005 by a researcher that wanted to see 8% THC cannabis. However, the team said that this endeavor was challenging, considering that the “higher the potency, the more gummy, the more sticky the plant material is, the harder it is to roll cigarettes using the high volume cigarette manufacturing machine.”

After the researcher integrated this cannabis into his study, ElSohly explained that he got a call from the researcher, saying that the “most experienced patient” was unable to handle this potency. Many of the participants in the researcher’s study found the 4% THC level to be the most effective, according to ElSohly.

He added, “Why people want to smoke or use 20 percent or 15 or 18 or any of those high amounts is just beyond me. It’s not for a good reason.”

In the commercial market, most consumers don’t actually smoke an entire joint at once anyway, allowing them to choose exactly how much they want to take at ones. No one is being forced to complete a joint for a clinically standardized setting, and they may ultimately choose to smoke less to get their desired effect, even with a higher THC level.

During the podcast interview, ElSohly added that the concentrates with higher THC levels are likely the result of addiction, completely ignoring that there are consumers who have varying preferences. His statements also ignore consumers that have different levels of pain, inflammation, and other issues to soothe.

He stated, “Of course some people are so addicted that it really requires a lot of material to make them high. It gets to the THC is addictive.”

The conversation appeared to lead to an ongoing problem that keeps coming up between researchers and lawmakers, in that there needs to be a greater diversity of products. When the products available for research are more like hemp than cannabis, the results are not accurate, and cannot properly predict the results of using commercially available products.