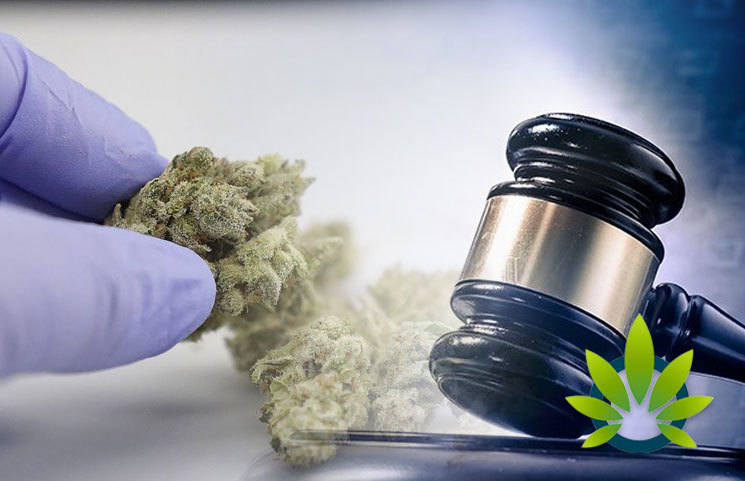 On Wednesday, the administration of Gov. Ron DeSantis asked an appellant District court to reexamine a decision that Florida officials claim added “confusion and uncertainty” into the medical marijuana industry of the state.

DeSantis and health officials asked for a full-court hearing (en banc) after a July 9 ruling required licensing operators to cultivate cannabis, process and distribute cannabis-based products in contrary to a constitutional amendment that broadly made medical marijuana legal. On a 28-page motion, state lawyers said that the ruling by a three-judge panel is of exceptional importance since it implicates if the entire cannabis licensing regulatory framework in place ought to be overturned.

The panel upheld a decision issued last by Judge Charles Dodson of Leon County in part, which ruled in favor of Tampa-based Florigrown in a case alleging that a state law approved in a 2017 legislative session didn’t carry out the 2016 constitutional amendment properly. Dodson issued a temporary injunction that required state health officials to start registering Florigrown and other medical-cannabis firms to do business, but the order was put on hold when the state appealed. In Florida, licensed operators are known as medical cannabis treatment centers. In Wednesday’s motion, state lawyers wrote that Dodson’s affirmance of a substantively flawed injunction has led to further uncertainty and confusion into the emerging medical cannabis industry of Florida.

The lawyers added that the decision presents an unprecedented and dramatic shift in the court’s jurisprudence on the issuance of temporary injunctions, and this could have a significant impact on future cases. Wednesday’s motion also asked the court to refer to Florida’s Supreme Court’s case and question whether the ruling was of importance to the public

The ruling on July 9 by Judges T. Kent Wetherell, James Wolf and Scott Makar gave officials at the Florida Department of Health reasonable time to start registering medical cannabis operators. With the panel’s modifications to the temporary injunction though, state lawyers argued that the court decision’s appeal leaves the medical marijuana program of Florida in a regulatory twilight zone.

Lawyers wrote that the uncertainty that surrounds current enforcement and licensing Medical Marijuana Treatment Centers (MMTCs) during this “reasonable time” together with the near-certain litigation that surrounds the implementation of a new medical cannabis regulation and licensing structure would only serve to draw Florida’s court-ordered wholesale restructuring of the industry.

DeSantis, who also made the Legislature abolish the ban on smoking medical cannabis, expressed concerns about the vertical integration system of Florida, which requires industry operators to handle all cannabis trade aspects, including cultivating, processing and distributing. If the state lacked a vertical integration system, companies could focus on different aspects of the business.

The arguments of the state on Tuesday echoed some concerns expressed in another opinion made by Wetherell on July 9.

Concurring and dissenting with the majority’s opinion in part, Wetherell wrote that the decision by the majority would effectively mandate an immediate change in the structure of Florida’s medical marijuana industry. Wetherell also felt that although such a move could ultimately be warranted, Florigrown and Dodson did not show how public interest would be served by mandating the change just by a preliminary injunction.

Last week, a separate panel of three judges heard arguments in the attempts by Florida’s House to enter the lawsuit, which can revolutionize the medical marijuana market of the state, where licenses routinely at a minimum of $50 million.

During the hearing on July 16, Judge Brad Thomas questioned Dodson’s decision openly. Thomas said that the amendment was a monumental law change, in allowing the distribution of a drug that’s illegal under Florida’s law and the Federal law. He went on to ask Katherine Giddings (a Florigrown Lawyer) why the house should not be allowed to intervene on the merits of this determination.

In response, Giddings said that the issue had been settled by a three-judge panel already, and claimed that in this situation, legislation is blatantly unconstitutional. Judge Thomas disagreed, noting that the constitutionality of the law will be determined by the court of appeal, and not the circuit judge.