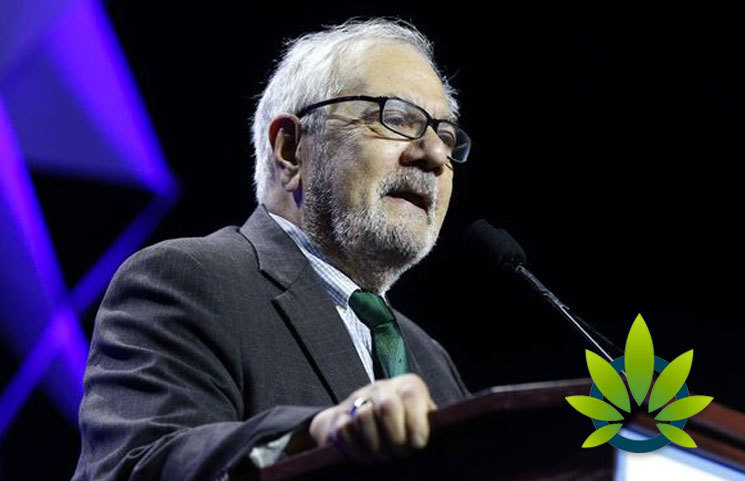 The Massachusetts Cannabis Control Commission listening session commenced on Wednesday, visited by former US Rep. Barney Frank. During his attendance, Frank spoke on how far the cannabis legalization movement has come, as well has his own roll in the reformation of this industry. As the testimony began, Frank brought attention to the legislation that he had originally introduced in 1972 as a state representative, titled “An Act to De-Control Marihuana.”

Lol: former Congressman Barney Frank just showed up to the @MA_Cannabis listening session on draft regulations to reflect generally on the progress of marijuana reform — and dropped off a copy of the decriminalization bill he filed in the Mass. Legislature in 1972. Much applause.

The legislation would have effectively ended the criminalization of cannabis, while creating a non-commercial legislation model for the industry. During the session, Frank moved to have the bill entered into the state regulatory commission record. The state regulatory commission is presently accepting public comments on rules that would make delivery services and social consumption areas of cannabis legal.

Frank has continually advocated for marijuana reform, from his former role in the state legislature and Congress to a current member of the cannabis industry, since he joined a cannabis company in March. He was a co-sponsor for a legalization bill in the 1980s, though he introduced legislation on his own in 1995. He stated, “I am getting old, but at least one thing that I have found improves with age and that is the pleasure of getting to say, ‘I told you so.’”

The former lawmaker sees the changes in the legalization of cannabis as “great progress,” pointing out that there’s already “several pieces of legislation going through” Congress. There’s even a bill that would make it possible for state-legal cannabis businesses to secure services from banks, which he believes “has a very good chance of becoming law soon.”

Frank sees the legalization of cannabis as a fundamental policy decision in the United States. In a much blunter way of approaching the topic, he said, “If people want to do it, people in this country ought to be allowed to do unless they are harming other people.” Beyond the healing effect, Frank sees cannabis as an opportunity to “reconcile people in our society.”

In 2007, Frank was personally affected by the criminalization of marijuana when police showed up at his partner’s house, charging him with possession and cultivation. As an openly gay congressman, Frank pointed out the interesting comparison of marijuana legislation and same-sex marriage policies.

“In some ways, marijuana legalization is following a path for the same reason as same-sex marriage,” Frank pointed out. “We have an ethos in American where we say you don’t stop people from doing the things they want to do just because you don’t approve.”

Mike Tyson Reveals He Smokes $40,000 of Weed a Month on His Hot Boxin’ Podcast with Jim Jones