Could Hempseed Be A Viable Option for Feeding Livestock? HFC Program Director Says It Will Take Time
Advertisement 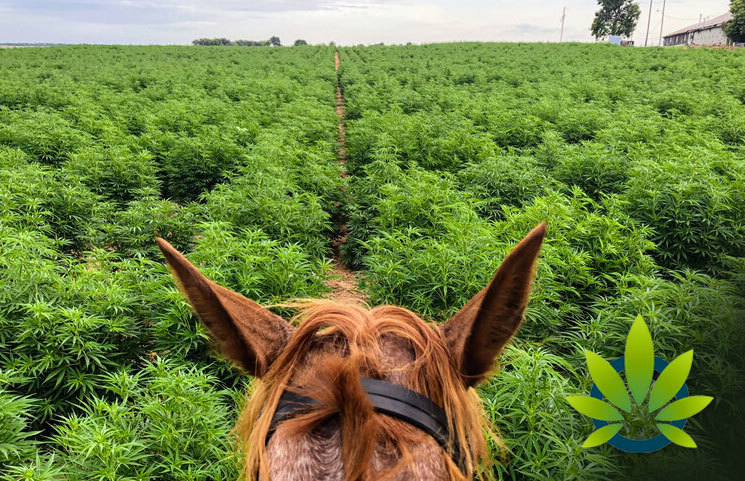 Hemp is still enjoying the newness of its legalization across the country, and there are already farmers and producers that are looking to see how this crop can be used in animal feed. After all, the research on hemp shows that it can be used as both a nutritionally and developmentally supplements. Unfortunately, there isn’t legal clarity in the market yet, and producers of hemp remedies for humans are unsure of how to provide these products.

So far, there isn’t much research on this use case for hemp. In Colorado, a study took place in 2017 stated that there’s a “lack of domestic economic data” regarding this type of market. However, a survey earlier this year shows that 60% of farmers and ranchers believed that cannabis should be grown for animal feed. Of those participants, 48% said that they would use cannabis for animal feed themselves.

Realistically, using hemp in animal feed wouldn’t exactly be a highly profitable market, especially since the United States has yet to approve hemp and hemp products to be used in animal feed or any pet food. However, the surveyed individuals show that there’s a potential market, if these products were to be launched, according to the Hemp Feed Coalition (HFC). The HFC is based in Denver, and it is a nonprofit organization that is working to legalize the use of hemp in animal feed.

The program director for the HFC, Hunter Buffington, said, “A new feed with the nutritional properties of hemp is attractive, even without the other benefits that hemp offers.” He explained that there are several factors that show the potential that hemp in the animal feed market has, which include:

Hempseed is known for being high in fatty acids, protein, and fiber, though it also offers many minerals that consumers need to have in their daily routine, as do animals.

“For animal health, (hemp’s) greatest benefit is in providing general nutrition, finishing for meat production, and it has been shown that egg-laying hens transfer those omega fatty acids to their eggs.”

Most of the research in the United States for hemp has been on how it impacts pet food and treats, but international research has been favorable for the value that hemp offers in these types of products.

Michael San Filippo, a spokesman for the American Veterinary Medical Association, stated, “Due to the profile of omega-3 fatty acids and proteins within hemp seed, its use in forage and silage is under consideration.” Still the spokesman expressed that additional research would be helpful in determining how hemp-based nutrition compares for traditional grain sources.

Presently, there are already farmers that provide hemp to their animals, but the current law prohibits those animals from being marketed or sold as a result of their diet.

“As is the case with all substances that might be fed to food-producing animals, the potential for residues of (hemp or its derivatives) in meat, poultry, eggs, milk products and other animal products intended for human food must be considered.”

Hemp is not presently recognized by the Association of American Feed Control Officials (AAFCO), which means that it can’t be sold to animals that could be commercially sold. The association is made up of regulators and federal agencies, including the FDA, the Center for Veterinary Medicine, and the Canadian Food Inspection Agency.

Even with the passing of the 2018 Farm Bill, this policy hasn’t changed. Explaining, San Filippo said, “Hemp has not undergone the required scientific review to ensure its safety and utility for use in animal food and therefore has not been approved as an ingredient for animal food.”

If the substance is ultimately approved by the AAFCO, it would be listed in the Official Publications, which could happen through the following methods:

The hemp industry has already been asked by the AAFCO in 2015 to present information for scientific review in order to define animal food that is made with hemp.

In the guidelines update, the organization said,

“Although there are private companies and organizations working on applications, to date, the industry has not submitted any data showing that ingredients derived from the hemp plant are safe and useful in animal food. AAFCO is encouraging the industry to submit their data promptly.”

Buffington said that hemp in animal feed could realistically happen in the next year, based on the work of the Hemp Feed Coalition.

However, he warns that the process could take some time, saying,

“I anticipate that market demand will encourage (state) departments of agriculture and producers to take action while we wait for federal approval.”