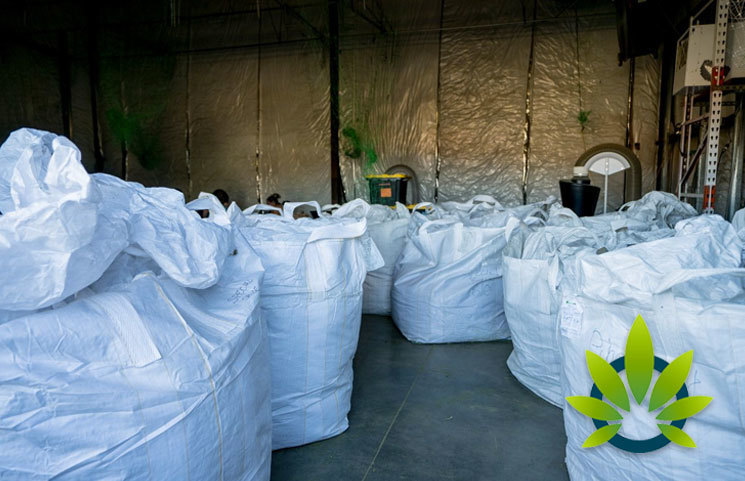 In a July issue of the Marijuana Business Magazine, how hemp should be stored has been elaborated upon (pg. 106), along with factors that indicate when a plant’s quality has deteriorated.

According to Laura Drotleff, who wrote the piece, the hemp plant’s standard storage does not suffice, as it is prone to changes. Most of the existing methods are supposedly based off of years of growing in Canada. Now that hemp has been legalized, changes may need to be implemented, especially in the US.

Drotleff referenced VP, Scott Propheter from agronomy and outreach at Criticality, who argued that due to this respective industry’s rather novice stage, he doesn’t think, “anybody really knows how long this stuff [hemp] will store yet.”

Some of the factors that can negatively impact its quality includes humidity, temperature, UV lights and weather. When a plant undergoes said impacts, storage needs to be evaluated, otherwise farmers will be left with a plant that has mold concerns and/or reduced potency.

How to Effectively Store Hemp

Two methods are typically utilized in upkeeping hemp quality. President of Hemptown, John Cummings supposedly uses both methods, which entail, “cutting hemp flower off the top of field-grown hemp plants first, then harvesting the biomass with a combine.

As for the two methods, they entail, as previously mentioned, biomass harvesting, which revolves around whole-plant extraction (similar to how hemp straw and fiber are harvested and stored) or hand harvesting, where the latter is typically deemed “labor intensive and costly.”

Apparently, Criticality focuses more on hemp flower rather than whole-plant biomass, so they use resources already available to them and dry them down. The latter according to Propheter, “is simpler, requiring less time and technique than curing tobacco.”

He further noted that,

“Being able to force air into that positive pressure keeps a lot of that humidity out of there […] tobacco barns are almost a perfect on-farm solution for drying this product down.”

On the other hand, President and COO of Eureka 93, Robert Leaker trusts that extracting whole-plant biomass is ideal for harvesting, adding that storage becomes incredibly simpler compared to focusing solely on the hemp flower.

More specifically, he argues that,

“You want to keep it dark, keep it dry and keep the oxygen out of it […] That’s why the tightly wound bales are great for six months to a year. If you want to go any longer than that, you’ve really got to separate the biomass, deseed it and pelletize it.”

Factors that indicate whether it has been stored for too long include room temperature (cold seems to be preferred), the color (should be green not brown), presence of molds (a bad sign), and level of cleanliness and dryness – where the latter is typically determined based on its smell (as it carries terpenes).

Could Hempseed Be A Viable Option for Feeding Livestock? HFC Program Director Says It Will Take Time