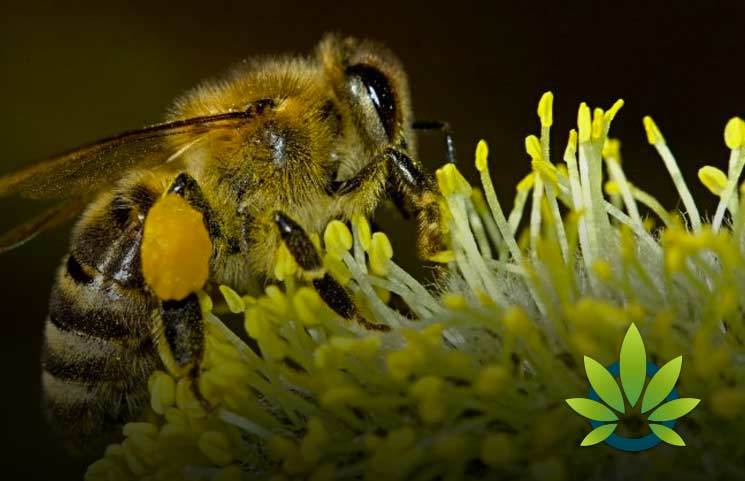 In recent times, concern related to the honeybees’ population has been shared. In particular, the presence of varroa mites and parasites infestation is believed to pose a risk to their existence. Some of these nuisances are a result of using pesticides on crops. How can we save the bees?

A recent study dubbed, “Bee diversity and abundance on flowers of industrial hemp” by O’Brien. C and Arathi. H.S, found that the next best alternative is the cannabis plant. The study was supposedly conducted in Colorado, between July and September, where “pollinator-friendly crop plants” are typically present, “making hemp flowers a potentially valuable source of pollen,” reports the researchers.

In ensuring reliable results are attained, the team managed to get hold of 2000 bees of 23 different genera, where the dominant types were the European honeybee, followed by Melissodes bimaculate and Peponapis pruinose.

CBD Testers have also reported on this matter and has since quoted the researchers saying, “Industrial hemp can play an important role in providing sustained nutritional options for bees during the cropping season (https://www.cbdtesters.co/2019/02/22/study-bees-hemp-flowers/).” It was also found that the bees preferred hemp flowers, however further information on effects with respect to the genera type have yet to be disclosed.

An important piece of information that the researchers disclosed is the importance of hemp for its pollen despite it lacking the nectar component most honeybees look for. Additionally, they expect “insect pests on hemp to also become prevalent.”

All this being said, it is clear that hemp can serve as an alternative for bees, however, future farming techniques require ways to control pests, as the still remain a growing problem.

Examining the Bumpy Pathway Ahead for Medical Marijuana in 2019: Legal, Banking, Trade and Research