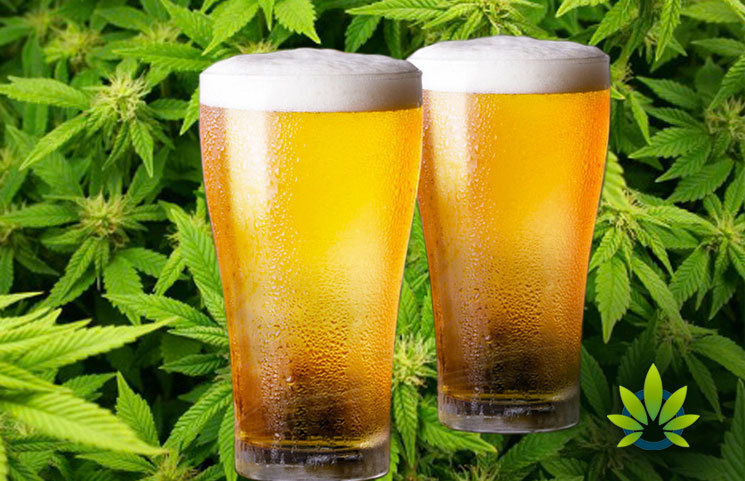 Many people believe that the future of the cannabis industry will not be found in buds and joints, but in the introduction of edible remedies. As marijuana grows in popularity with the edibles, it is clear that cannabis consumption is on the rise. Even though edibles have gotten a lot of attention so far, beverages are one category that is still controversial.

The beverage industry for cannabis has been largely driven by existing alcohol-producing corporations, including Molson Coors and Anheuser Busch Inbev NV, which have been pouring in billions of dollars into joint ventures. Presently, these beverages only make up about 2% to 3% of the overall sales in adult-use markets, but Aheusuer-Busch seemingly doubled down on their efforts, putting down $50 million on Tilray Inc., while Constellation Brands invested $4 billion with Canopy Growth.

Now, there are many different types of cannabis-infused beverages reaching the market, like wines, beers, teas, and sodas, which feature THC, CBD, and other terpenes. Most of the drinks contain no alcohol at all, though the combination of marijuana and alcohol creates a product called a “crossfade.” At this point, it isn’t clear if this type of sensation is safe, which is why many companies refrain from bundling the two substances.

There are a few individuals that are working to create a perfect balance in a single cocktail, like Warren Bobrow, who wrote “Cannabis Cocktails, Mocktails & Tonics: The Art of Spirited Drinks and Buzzworthy Libations” and other books. Bobrow is working to develop a new way of seeing cannabis-infused beverages, which starts with reprogramming the palates of Americans.

Bobrow explained, “Consumers are frightened by change. They are served sweet cocktails, sweet soda, sweet food,” and more. He doesn’t condone sweet drinks, and notes that the use of drinkables offer a much different taste and reaction than that of edibles. He added that, “while the reaction of edibles “are unpredictable,” beverages “are marvelous.”

Presently, lawmakers remain incredibly wary of introducing cannabis-infused drinks. While California legalized cannabis last year, CBD was found in cocktails much sooner, which led the Department of Health, the State, and county health departments to come down hard on non-dispensary businesses, even without THC. In Canada, which has legalized both drinkable and edible cannabis products, the regulations may be too much trouble to develop for the market.

Bobrow points out that cannabis-infused drinks are not new to the industry. Still, cannabis writer Amanda Chicago Lewis points out that the worst type of edible cannabis product is a beverage, comparing the flavor to that of “bong water.” Still, Bobrow believes that this option has a shot as a cocktail instead, which he describes in his book.

The majority of the issues in both alcoholic and non-alcoholic drinks is that quality and quantity. There are many mixologists that believe that this “bong water” taste can be remedied with a sweeter flavor, but a sugar-filled cannabis drink doesn’t change this taste by much. Instead of filing the drink with plain sugar, Bobrow believes that the solution would be agave and Turbinado.

“Craft cannabis-infused cocktails taste better than the drinks you are getting served now. I want to ruin you for your bartender. They are stuck on lousy ice, bad sugar and are still using bottled juices. My cocktails have hand cut ice, complex sugars such as raw honey, craft spirits that are not caramel colored or artificially flavored and overly sugared. I always fresh squeeze my juices. What’s so hard about doing everything from scratch?”