How the US-China Trade War is Affecting the Cannabis Industry, and How to Avoid the 25% Tariff
Advertisement 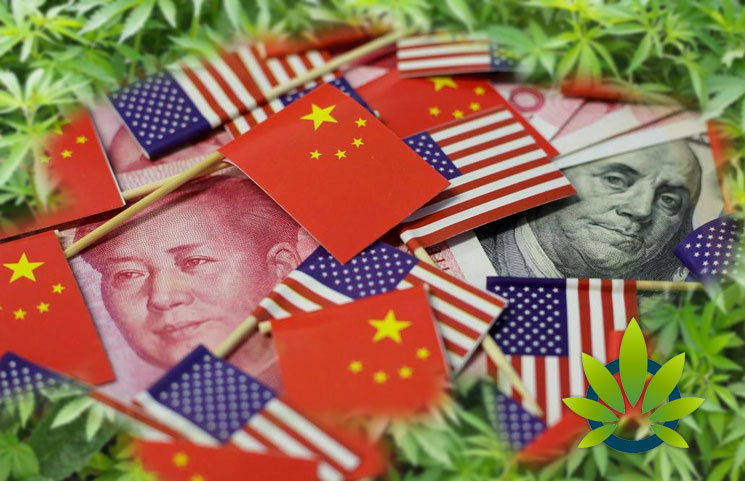 The ongoing U.S.-China trade war has affected numerous industries. Certain companies in the cannabis industry, however, have already started to feel the impact of tariffs.

As discussed in a recent report by CannaLawBlog, numerous products and components from the hemp and marijuana industries could be subject to increased tariffs of 25%.

A significant number of products and components come from Chinese suppliers. If American companies want to avoid high tariffs, then they need to find new suppliers. Otherwise, costs are going to be passed onto consumers. Or, companies are going to find their prices are no longer competitive.

Which Cannabis and Hemp Products Are Affected by the New U.S. Tariffs?

The Office of the U.S. Trade Representative (USTR) recently published a notice in the Federal Register confirming that President Trump is increasing tariffs from 10% to 25% on $200 billion worth of Chinese products.

The products now subject to a 25% tariff include several products and components related to the hemp and marijuana industries, including:

This news comes at a bad time for Chinese suppliers and their American importers: China has recently ramped up production of hemp-derived cannabidiol (CBD) products. Today, many American companies already import these CBD products and sell to U.S. consumers.

When Do I Have to Pay Tariffs? Which Products Are Impacted By Tariffs?

Right now, the five product categories listed above are the ones most likely to impact cannabis and hemp producers in the United States. Goods in all of those categories will be subject to a 25% tariff.

Here’s how the tariffs are described, as mentioned by CannaLawBlog:

In more straightforward terms, any goods that left China on or after May 10 will be subject to the 25% tariff.

What To Do When Impacted By Tariffs

If you believe your hemp or marijuana business is going to be impacted by the 25% tariffs, then you may be worried about rising costs. A 25% jump in costs is hard for any business to absorb. Passing that cost onto consumers can cause your company to become less competitive.

So what should you do?

One thing you shouldn’t do is try to avoid tariffs by running goods through tariff-free countries. This is called “transshipping”. Chinese suppliers might claim that you can avoid tariffs by having products shipped from China to Vietnam, Taiwan, Malaysia, or Thailand before being shipped to the United States.

As the CannaLawBlog team explains, this is illegal and can lead to fines and jail time for American importers:

“This sort of “transshipping” can and does lead to massive fines and to JAIL TIME. I am not kidding. Just by way of one example, [there was] a very recent case…where a company paid US $62.5 million “to resolve allegations that it evaded $36 million in antidumping duties.”

That case involved Univar USA Inc. (Univar). The company imported 36 shipments of transshipped saccharin between 2007 and 2012. The saccharin was manufactured in Chines and then shipped through Taiwan to evade a 329% anti-dumping duty that applied to saccharin from China.

Here’s how the Department of Justice explained the case – including the reason why this behavior can be harmful to the U.S. economy:

“Transshipment of merchandise through third countries to evade antidumping duties undermines the integrity of our trade laws and puts domestic manufacturers at risk from unfairly traded merchandise.”

“We enforce our laws against importers who fail to take all reasonable steps to vet their suppliers and determine the true country of origin of their merchandise.”

Lying about the origin of imported goods into the United States can lead to up to 20 years in federal prison.

In the cannabis industry, lying about the origin of imported goods could also lead to the termination of your cannabis license. It’s possible that a company that spent millions of dollars building extensive production facilities would have to close down because their license was removed after trying to circumvent tariffs.

Your Competitors Could Alert Authorities to Your Transshipping Behavior

Because of this system, your transshipping behavior could quickly get caught.

A qui tam lawsuit allows the reporting individual or company to receive 15 to 30% of the damages that the U.S. government would recover from the lawsuit. Qui tam lawsuits can lead to double or even triple the amount of damages as an ordinary lawsuit.

In layman’s terms, if anyone knows that you are illegally transshipping goods from China through a third party country before importing into the United States, that person could make millions through a qui tam lawsuit. There’s a huge incentive to report anyone in the industry for transshipping.

Sometimes, American companies will import goods from China without knowing it.

Let’s say you’re trying to buy rolling papers from a factory in Vietnam. That factory appears to offer cheaper prices than any company in China because they avoid the 25% tariffs charged on Chinese rolling papers.

You buy the rolling papers from the Vietnamese factory. Later, you’re hit with a qui tam lawsuit because the factory in Vietnam isn’t actually producing anything: they’re simply importing rolling papers from China before exporting them to the United States.

In this situation, you failed to do your due diligence. You are required to verify that all imported products come from genuine sources.

If you suspect your Vietnamese producer is not actually making anything, and you visit the factory to confirm that they’re not making anything, then you have done your due diligence. If you fail to do this, then you could be faced with costly lawsuits.

Chinese Companies Want to Ship to the U.S. Above All Else

Part of the problem with transshipping for the cannabis and hemp industry is that Chinese exporters and U.S. importers have different interests.

With these goals in mind, the Chinese company might say anything to convince the U.S. company that they will face no further penalties, including:

Understandably, cases like this can get complicated quickly. How much of a product needs to be manufactured in Vietnam before it can be considered a Vietnamese product? In this situation, you may want to hire a trade and customs lawyer.

Some of the strategies your company can use to protect yourself from the impact of American tariffs on China include:

If your company genuinely cannot import the product it needs from any company but the one in China, then you may qualify for a tariff exclusion.

Qualifying for a tariff exclusion requires you to provide the following information:

If your exclusion request is successful, then you might avoid the 25% tariffs from the United States government.

If your exclusion request is unsuccessful, then you may be required to pay 25% tariffs on certain hemp and cannabis products and components that left China on or after May 10, 2019.

More Tariffs May Be Imposed in the Future

Tariffs started at 10% before increasing to 25%. However, the tariffs may increase in the near future. President Trump has threatened to impose 25% tariffs on the remaining $325 billion of Chinese goods imported every year into the United States. If the U.S.-China trade negotiations do not lead to a “good” deal for the United States, then these tariffs could be imposed in the near future.

In other words, even if your Chinese products are not currently on the list above, they could be affected by future tariffs.