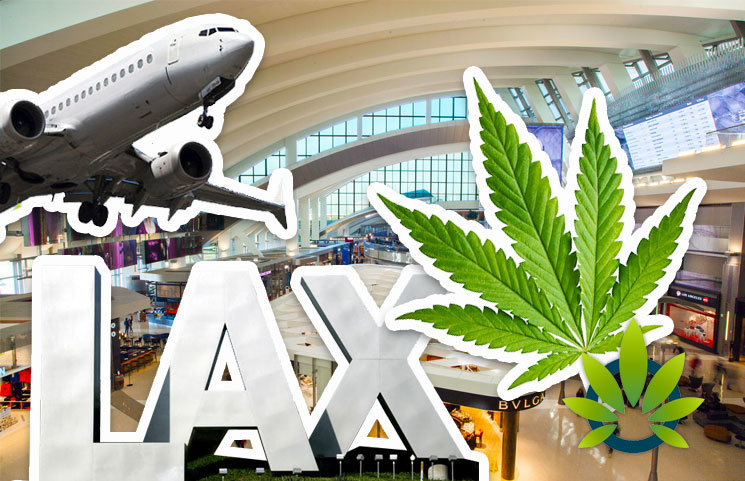 The number of people caught attempting to smuggle cannabis in California flights has significantly increased. Los Angeles International Airport officials alone report to have experienced a 166% rise in interstate cannabis trafficking from 2016 when marijuana got legalized for recreational use.

It looks like more high flyers are relaxed about trying to get marijuana through all 911 safety channels on airports prior to letting passengers board a flight.

The Transportation Security Administration has said for years that it does not search for weed or other illegal drugs actively for that matter.

If this is the case, why has the number of people busted for weeds in airports increased?

LAX has a policy that allows pot possession. However, drug traffickers have been reported to stuff bags full of weed, at times going to as much as 50lb. quantities attempting to move it to black markets in prohibited areas.

These are places where such traffickers can keep on capitalizing in marijuana as they did in the early days. This is the only way in which a number of domestic cartel operations can stay alive after legalization. Bill Kroger Jr, a defense lawyer, said that since pot is legalized in California, there is little money to be made because many people are involved in it – weed money is outside California.

As of now, the Golden State is the top marijuana producer in the country. Reports indicate that in 2016, 13.5 million pounds of Marijuana were manufactured in this state. This is over five times more than what locals used. The extra goes to the East’s illicit market. This method of running illegal drug operations is also on in other legal states including Colorado.

However, this does not mean that every pot made out of LAX results from drug trafficking. Actually, out of over 500 incidences where travelers got caught with marijuana in their luggage, only about 100 were treated as drug traffickers. Many are just travelers who simply forgot that they had a stash, or persons who threw caution to the wind hoping that they would take some buds to a state where weed is not legal.

Last week, TSA officials posted an Instagram message to clarify their position on marijuana. The post indicated that TSA officers don’t search for illegal drugs or marijuana. Their screening procedures focuses on detecting potential threats and security. However, when a substance appears to be cannabis-infused or marijuana, the Federal law requires TSA officials to alarm law enforcement. Even items used for medicinal reasons are included.

This implies that because weed is still considered by the federal government as an illegal substance, the TSA will notify the police when they get marijuana in your bag. This is not a big deal in California. However, in Indiana, even small amounts of weed will get someone into legal trouble.

For LAX, so long as travelers don’t carry more 28.5 grams of the herb, they can bring it through security. TSA disagrees with this policy, and they will still involve the police to assess a situation where any amount of marijuana is discovered. Worse, the traveler might still have to give up his/her weed prior to boarding the plane.

Possessing more than 28.5 grams of weed in California is a misdemeanor as it signifies intent to distribute. This carries an up to 6 months jail term as a maximum penalty and fines go to as high as $500.