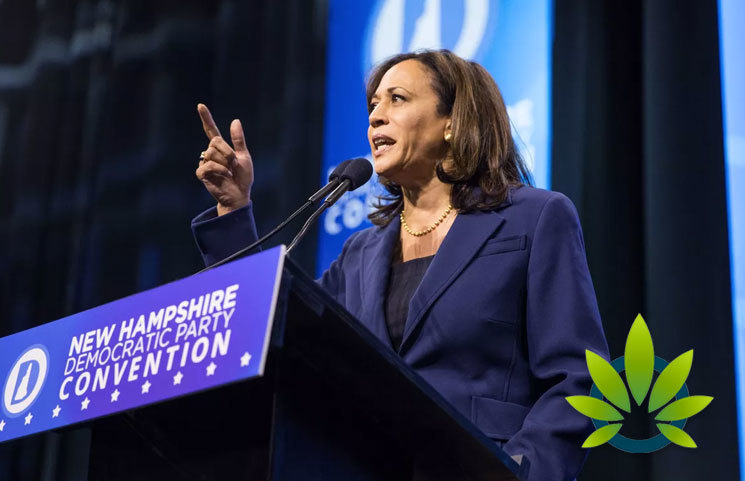 Presidential candidate Senator Kamala Harris released her criminal justice policy on her website and a key component of that policy is cannabis legalization. Marijuana is illegal under federal law and is classified as a Schedule I substance.

The plan reads, in part,

In addition, her plan involves creating three grant programs by assessing a sales tax on cannabis products and,

“[t]hose programs will: provide job training and re-entry services to individuals “most adversely impacted by the War on Drugs,” provide states and municipalities with funds for small business loans in the cannabis industry (specifically for businesses “owned and controlled by socially and economically disadvantaged individuals”) and provide funds for programs that minimize barriers to entry for those same individuals who are seeking employment or licensing in the cannabis industry.”

“So it is past time to end the failed war on drugs, and it begins with legalizing marijuana. Marijuana arrests account for over 50% of all drug arrests. Of the 8.2 million marijuana arrests between 2001 and 2010, 88% were for simple marijuana possession,”

“Worse, despite roughly equal usage rates, Black people are about four times more likely than White people to be arrested for marijuana.”