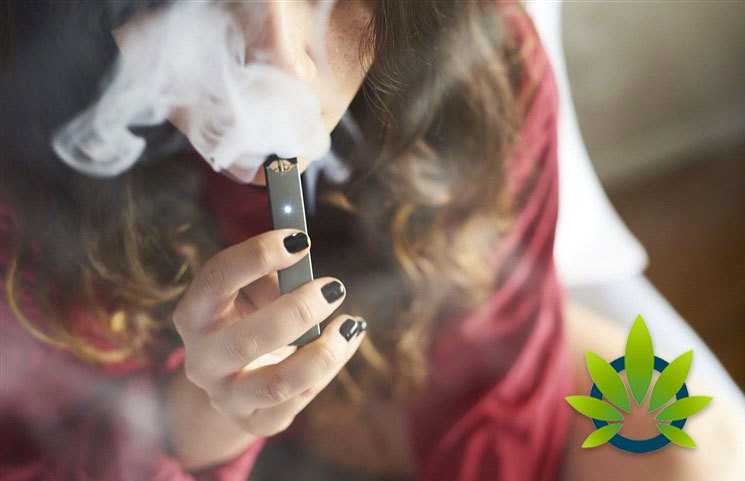 The study ultimately found “a significant increase in the odds of past or current and subsequent marijuana use in adolescents and young adults who used e-cigarettes. These findings highlight the importance of addressing the rapid increases in e-cigarette use among youths as a means to help limit marijuana use in this population.”

The study’s lead author, Dr. Nicholas Chadi stated, “Adolescents have a brain that's still changing and developing.” He added that exposure of addictive substances, such a nicotine, to a young brain “tends to be sensitized to other substances; it tends to seek thrilling, rewarding sensation. And so other substances like marijuana become more appealing.”

Concerning the study’s results, Chadi also shared with CNN that the link suggests “e-cigarettes really need to be considered in the broad category of addictive and harmful substances,” and “We can't think of e-cigarettes as a less-harmful alternative to cigarettes with adolescents.” This is partly because “just like cigarettes, e-cigarettes increase your risk of using marijuana, and marijuana, we know, has several implications and negative health consequences in adolescents.”

Other reports indicate that there are consequences associated with vaping, and teens appear to be a particularly vulnerable population. A recent article by CBS news noted the teens are being hospitalized and treated for severe lung damage, which appears to be from vaping.

Dr. Diana Zuckerman, the President of the National Center for Health Research, stated in the article,

“It's mind-boggling. The vast majority of people who smoke started as children or as young teens, and yet you don't hear about people getting lung cancer until their 40s, 50s, 60s,”

She added, “Think about that compared to what's happening to these kids now. I've never heard of a smoker ending up in the hospital in their teens.”  She also shared that “We don’t know yet what the symptoms might be” concerning e-cigarettes and vapes, and that the main focus is lung damage, all the while there is a lot more going on.  Marijuana is illegal under federal law and is classified as a Schedule I substance.