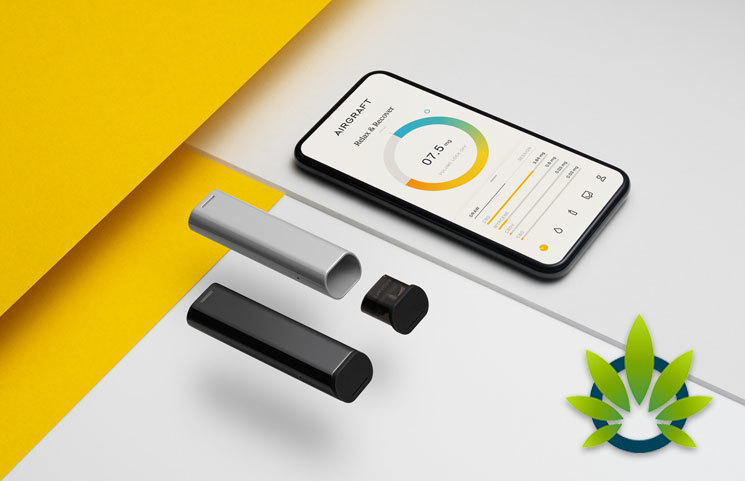 As businesses think up of out-of-the-box ideas for cannabis delivery, one that seems to spark interest, especially among consumers is vaping. That said, the lack of innovation is what brought together a number of tech enthusiasts to join forces in launching Airgraft, as per recent press release.

Founded last year, the firm with the mission to clean up vaporization, raised close to USD$33 million in two rounds. The Managing Member at Gotham Green Partners, Jason Adler, the company that led the second fundraising round, expressed excitement in investing in the Airgraft.

The reason for choosing this corresponding firm, as per Adler, is due to “their truly forward-thinking device that emphasizes responsible use and transparency.”

The CEO of Airgraft, Mladen Barbaric stressed the importance of “higher standards of responsibility, transparency and quality,” all of which serve as a foundation to the smart pod and device system. As for the specs of the device, it is made with a polished ceramic, carries itself in an elegant manner and uses technology to ensure consumers have all control.

Speaking of control, this appears to be made possible due to the interaction between Airgraft and its mobile app. Its embedded feature called, “Draw Volume Control” provides consumers with a draw volume lock so that one has control over their uses.

Interestingly, it doesn’t stop there, as the firm’s focus on transparency has been reflected via the information provided such as history of each oil, lab reports, compliance certificates and safety locks. The latter is equally important as it disables minors from vaping.

Founder of Evolvd, Marley Bankoff, who is also known as a “cannabis taste maker,” affirmed that Airgraft makes cannabis oils taste good. The factors that led to such a high rating includes the following: “No burn means it’s smooth, it’s authentic to the plant and respectful to the craft of artisan oil extraction.”