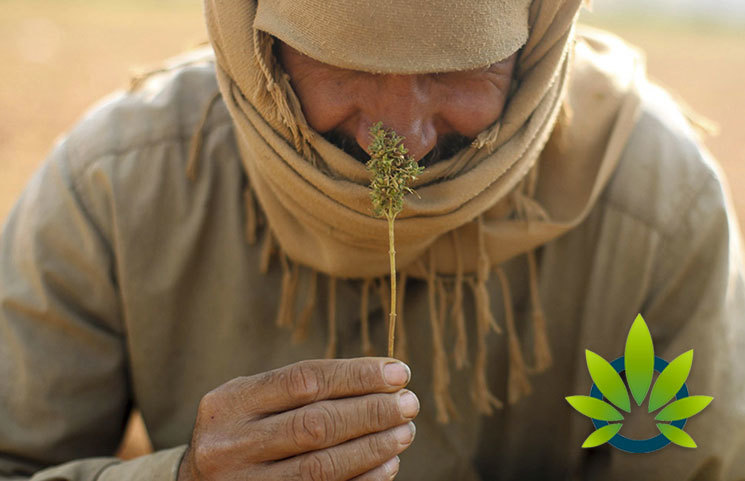 Holistic health remedies are now more available than ever before. This is despite the preponderance of a “woke” mentality and veganism in Western cultures.

It is not surprising that cannabis and cannabidiol are also becoming more popular. This is also true in Muslim cultures known for their strict laws against such substances. For instance, Sharia Law forbids both the cultivation and the consumption of cannabis for narcotic use. They consider cannabis or “shahdaneh” to be a grave sin against Allah.

Using cannabis and other related products breaches the laws and norms of the Islamic law. The penalties are the same with that of the production and / or consumption of opium. Many Islamic countries do not distinguish CBD products and cannabis.

While such products may provide some benefits like relaxing and calming the mind, these are forbidden in Islamic culture. Regardless of the amount that you consume or possess, any intoxicating substance is “haram”. Some Islamic countries are known to mete harsh punishments for violators. There are cannabis users sentenced to death in these countries.

CBD Oil and Cannabis in the World of Muslims

Due to the influence of Western media, there is now an explosion of cannabis use in mainstream society. Many of the health benefits of cannabis stem from one of the major compounds found in the plant. Cannabidiol or CBD is one of the most important compounds from cannabis plant and is well-known for its non-psychoactive properties.

Cannabidiol can help in the management of a few medical issues like sleeplessness, anxiety, inflammation, and epileptic seizures. It is one of the alternative health care remedies that are growing in popularity.

Popular online resource site, WebMD says that CBD comes from the buds and flowers of hemp plants. The extracted compounds do not intoxicate individuals or get them “high”. This is one of the most fundamental reasons why modern medicine now favors cannabis alternatives like CBD.

Today, we will establish the role of THC in setting the stage for CBD’s meteoric rise. We will also explore a few of the reasons why CBD oil is becoming more popular all over the globe.

Iran is one of the Islamic countries that is more lenient when it comes to smoking herb and finding CBD. It is illegal, although most of the authorities will turn a blind eye. CBD oils are available for purchase at local markets. Walking on public streets will also give you that unique smell of CBD. In a worst-case scenario, violators can pay a fine of the equivalent of about 30 US cents in local currency per gram.

The Malaysian government considers the possession of at least 200 grams of cannabis as drug trafficking. Convicted drug traffickers receive an automatic death penalty.

However, many Malaysian authorities often ignore such illegal practices like the production and exportation of cannabis. This is one of the major driving forces of the Malaysian economy. For instance, palm oil production can bring about a profit of $715 per acre per year. Palm oil is Malaysia’s largest exports. The exportation of cannabis, on the other hand, can bring $2,145,935 per acre per year.

To facilitate the exportation of cannabis, producers have to be ready to bribe authorities. Women caught disobeying the Sharia Law can face humiliation or public embarrassment. Regardless, Malaysia is one of the Islamic countries that has the potential to become a major producer and exporter of cannabis.

In Egypt, cannabis is not legal. However, this plant is already an important part of Egyptian society since the ancient times. The smuggling and trafficking of illicit drugs are punishable by death. The possession of small amounts of cannabis can also be subject to harsh penalties. However, there are certain parts of Egypt where cannabis is available, often in nightclubs and cafes. In short, almost everyone in Egypt consumes cannabis. The rule is to never get caught.

Cannabis is illegal in Pakistan. This is despite the commonplace observation of people smoking weed in public. Like other countries, law enforcement is often lax.

This is a country where smoking weed is a national tradition. Most Bangladeshis have mixed reactions about the national government’s efforts to slow down cannabis production and consumption.

The Impact of Medical Cannabis

Thailand is the first Southeast Asian country to legalize medical cannabis in December of 2018. Countries in the Orient were always thought of as lagging behind when it comes to ensuring personal freedoms. It is no longer the case because of the World Wide Web.

Many countries around the globe have always considered cannabis as illegal, often with very harsh penalties like imprisonment, fines, and death. There are about 40,000 individuals languishing in prison cells for cannabis possession and / or use.

Prior to the 1970s, the scientific community struggled to find more effective solutions to emerging health concerns within the legal boundaries of laws on prohibited drugs. In the past few decades, however, we’ve seen national governments relaxing in their stance. What we now have is the opportunity to use a non-psychoactive compound for various medical indications.

Without a doubt, the extensive research on cannabis provided the groundwork for CBD oil development. The substance is now widely-available and legal in many countries. CBD oil comes from hemp. It is a compound that contains trace amounts of THC. This gives the compound its non-psychoactive property.

Many young Muslims who choose to lead a more carefree life, consider this as a “gray area”. Moreover, the availability of and the regulations for cannabis now support its use for recreational purposes.

Many experts believe that the legalization of marijuana stemmed from an unparalleled access to information. Some believe it is because governments are already tired of policing unregulated and untaxed substances. Whichever is the case, the persistent use of cannabis plus a growing body of scientific knowledge have paved the way for CBD products to develop.

There are many studies and experiments that show the effectiveness of cannabis in treating certain health conditions. CBD oil is beneficial in the management of multiple sclerosis, depression, rheumatoid arthritis, some types of cancer, and PTSD.

This is one of the reasons why there is a growing level of acceptance in Muslim culture; although support for it may not be widespread yet. People use it in spite of the ongoing debate whether to consider it as a medicine or as a drug.

Cannabis products, unlike pharmaceutical agents, will not lead to the development of secondary diseases. Cannabis products do not also put individuals at risk for dangerous side effects. This makes CBD products highly-valued medicinal alternatives today.

While most of the research showing the effects of CBD oil in the cure of different illnesses, it does boast of substantial research. The main issue, however, is the sourcing of high quality CBD.

The Popularity of Cannabis Products is Growing

While the numbers are far from ideal, it will not be long before every state in the country follows suit. Countless organizations are pushing for the legal status of cannabis on a universal scale. The number of states that are legalizing cannabis are also growing every year. As such, we can always look forward to the country legalizing recreational cannabis.

In Europe, Africa, Asia Pacific, and the Middle East, there are always legal issues with the use of CBD oil. Yet, cannabis production in these regions has increased in recent years. Muslim nations are not far behind Europe when it comes to producing and using CBD products.

CBD sales in the US hit an average of $591 million in the past 4 years, reflecting a 500% increase in that period.

Cannabis is Here to Stay

In the last two decades, the use of the internet has skyrocketed. Electronic commerce is revolutionizing the way people consume products worldwide. A 2017 Brightfield Group study revealed that online or e-commerce sales accounted for 60 percent of all sales.

Almost all of purchases today occur in an online platform. This helps make it easier to purchase cannabis. There are no prying eyes that will judge you whenever you purchase cannabis online.

Online or electronic commerce makes cannabis purchases very private. One doesn’t need to worry about legal implications. It may be a taboo, but you’re in the safety and privacy of your home.

Economists say that the sales of hemp-derived CBD can reach $22 billion by the year 2022. CBD oil is now a more accessible and more convenient cannabis alternative; thanks to the increasing popularity of digital commerce.

Because of this, local and foreign markets enjoy better access to hemp-derived CBD products. With bullish marketing efforts and a robust market acceptance, experts believe that the CBD industry will grow by as much as 50% in the next few years.

The future of cannabidiol is bright. Its popularity is gaining steam even in cultures known to be very strict, like Muslim cultures.