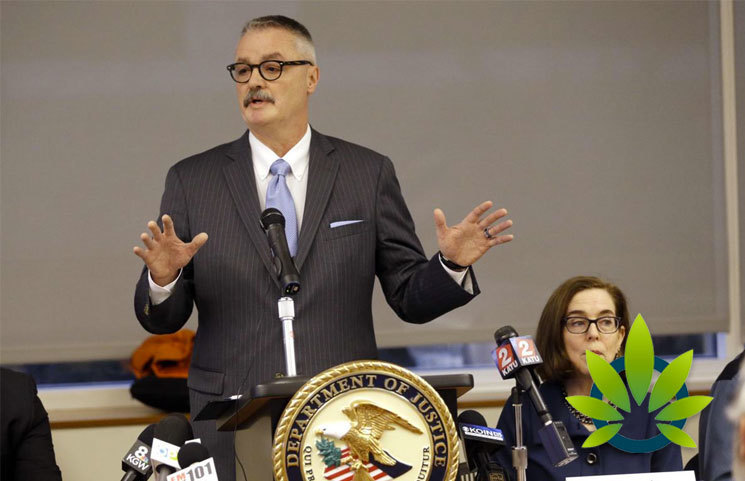 Marijuana is a controversial topic at the state level already, but the federal government is still debating on how to handle this topic. To determine how exactly to handle some of these policies, a marijuana summit is planned to be held behind closed doors this Thursday. The summit will include participation from US attorneys, federal regulators, cannabis businesses, and the leading prohibitionist group in the country, and they all require an invitation to attend.

The US Attorney in Oregon is the host of the event, and it will be held at the federal courthouse in Portland, where “short presentations, moderated discussion, and Q&A” will take place. This is only the second time a summit of this nature, following a previous event that was hosted by Billy Williams last year. The previous summit was relatively hostile to the concept of legislation, following the decision of Jeff Sessions to rescind guidance from the Obama administration to prioritized federal cannabis enforcement. At the earlier event, Gov. Kate Brown spoke, stating that the federal officials claimed that any legitimate marijuana-based businesses in the area were not considered “targets of law enforcement.”

Williams is presently in charge of the Marijuana Working Group for the Justice Department. This working group is in charge of studying how cannabis legalization impacts the country, though he has maintained a critical stance over the marijuana program in Oregon. On the agenda for this week’s summit, however, it states, “The goal of this gathering is to provide a sharing of perspectives on the current state of marijuana.”

There will be US attorneys from California, Colorado, Florida, Washington, and Vermont in attendance at the summit, and they are all scheduled to speak on a panel. The summit will also hear from Mike Stuart, the Southern District of West Virginia’s federal prosecutor. In the past, Stuart has openly and consistently expressed hostility to cannabis reform, and even hosted a “marijuana symposium” in 2018 with a similar theme.

An official from the International Association of Chiefs of Police, the U.S. deputy surgeon general and a cannabis education coordinator from the Colorado Health Department will be part of another discussion. This discussion will delve into the risks for underage consumption of cannabis, as well as the risks associated with driving while under the influence of marijuana. This trio will be joined by the president of Smart Approaches to Marijuana (SAM), Kevin Sabet. SAM recently issued an advisory against cannabis use by pregnant women and adolescents, and they have a history of having worked with the surgeon general.

In a law enforcement panel, the executive director from the High Intensity Drug Trafficking Area program for Oregon and Idaho will speak. The director will be joined by the chief postal inspector and the sheriff of Jackson County, Oregon.

Here is the full agenda for the event: 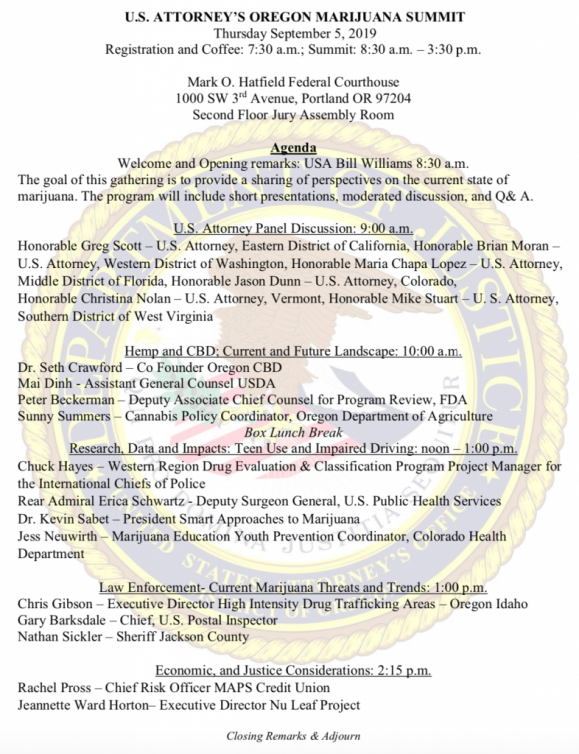