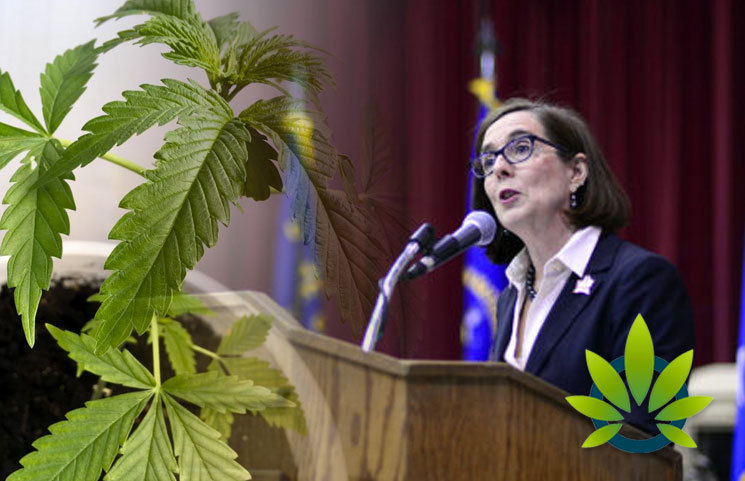 Governor Kate Brown (D) has signed a host of new Oregon marijuana bills into law, one being a language that legalizes inter-state cannabis products’ sale. Other new laws expand upon the cannabis expungement process of the state, add limits for the licensing of new operators, and protect people who use medical marijuana against discriminatory landlords.

Earlier this month, lawmakers approved Senate Bill 582 that would let state cannabis operators export their extra product to neighboring states that have cannabis programs. This bill aims at relieving the Oregon marijuana market from a huge glut of products – based on a study done earlier this year, Oregon has an excess cannabis supply that would last six and a half years under the current consumption rates.

With the new law though, the program will need approval by the federal government before cross-state sales can start. Unfortunately, there is no federal policy in place that regards the issue. Also, any exported marijuana products will have to be transferred through roadways and might not pass in states where cannabis is still illegal. With this, any potential exports could be limited to just California, Washington, and Nevada.

In the meantime, Senate Bill 420 contains a cannabis expungement language that sets up people with marijuana possession charges (one ounce or less) to file for clearance from their criminal record. With the new law, expungement application is free, and objections to any requests should be filled within 30 days.

Senate Bill 218 aims at reducing Oregon’s oversupply of cannabis and requires the Oregon Liquor Control Commission not to issue initial cannabis production licenses based on cannabis supply and demand. This means that regulators can cease issuing licenses temporarily in pursuit of a healthier market. Initially, there weren’t legal limits to the number of Oregon cannabis cultivators.

Senate Bill 970 has a language that protects medical marijuana patients from discriminatory landlords. This new law limits residential screening criteria and specifies that landlords can’t discriminate based on the tenant’s status as a medical cannabis patient. Landlords are also required not to discriminate renters just because they have had a conviction regarding the possession or use of marijuana.

Emergency Use Regulations for Adults Requiring Cannabis Released In Michigan

Amsterdam: The City of Medical Marijuana and Cannabis Education?