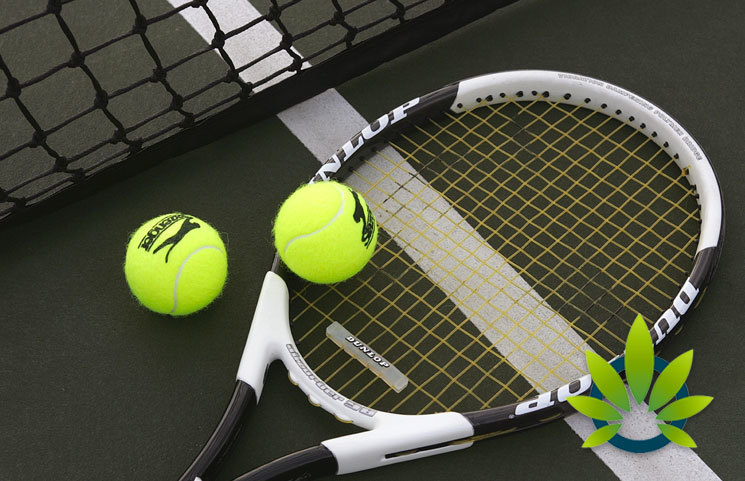 The use of cannabis, though many states are presently legalizing it, is still seen with a negative stigma attached. However, the increasing number of athletes interested in CBD has put this substance in the spotlight. In fact, John Isner even announced that he was forming a partnership with the makers of the Defy sports drink, which is a hemp-based brand.

Brian J. Baum, the president and CEO of CANNOVIA, stated,

“There’s been a lot of attention in golf, but tennis has been late to the game. It, to us, was a great sign, because there’s a lot of benefit this can bring to tennis players. That’s a huge market opportunity.”

Still, the 2019 WADA Prohibited List still includes natural cannabinoids, which includes cannabis, marijuana, CBD, and other substances. The exception to this rule is CBD.

So far, no other tennis player has backed CBD, even though it helps consumers to deal with pain, inflammation, insomnia, recovery after competitions and workouts, and anxiety. Though it comes in many forms, the most basic is as a CBD oil. However, the market is evolving in a way that offers multiple versions of this product, both as a topical remedy and a consumable product.

“It’s been great getting to know Defy as a company and I look forward to working with them to help people achieve improved performance through CBD.”

Both hemp and cannabis can offer consumers CBD and THC. However, hemp has only trace amounts of THC, and the federal law permits up to 0.3% concentration of THC in any CBD product.

Speaking to baseline, Baum stated that the ingestion of CBD is “almost hard to put your finger on,” in reference to the experience that consumers can expect. However, he noted that most users experience relaxation and improved focus.

Congress made hemp farming legal with the 2018 Farm Bill for every stated, making it possible for companies to develop their own hemp-based products.

“The key difference – and this is very important for sports – is in the law, CBD was removed as a controlled substance. They defined hemp-derived CBD as less than 0.3% THC.”

Still, not all CBD products are created equal. The ITF recently warned the public that CBD extract or oil can potentially contain THC or other substances on the Prohibited list. For that reason, they are asking that players avoid the use of CBD, “due to the risk of contamination.”

Baum pointed out that the market still has interest from professional tennis players, especially for people that have a more holistic preference for their pain treatment. He added, “It’s a product that is making its way very quickly through the sports industry.”