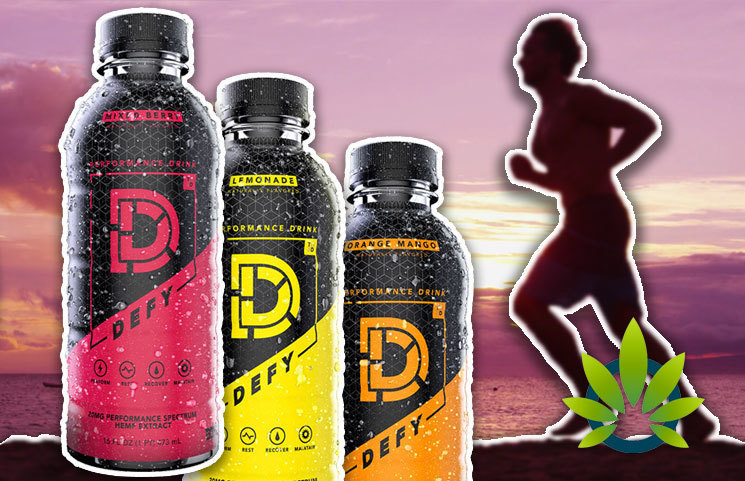 DEFY has finally arrived in Denver, and it's on the road to changing the way individuals train.

In the recent announcement, CEO Beau Wehrle and Megan Bushell, COO, took to explain to the local media the positioning of DEFY as a new entrant into the CBD beverages market. The event also saw the brand’s officials take part in an extensive interview hosted by former Broncos player, Dave Logan from iHeartMedia. Former pro footballer and DEFY’s co-founder Terrell Davis was also part of the discussion.

DEFY’s CEO Beau Wehrle expressed enthusiasm on introducing the premium CBD performance drink into the Denver market. In his statement:

“The sheer power of CBD is to help the body to recover and perform is unprecedented. We believe CBD is the most transformative ingredient to merge this decade. We’ve spent years developing the right formulation that tastes great and delivers immediate benefit. We will continue to invest in the strongest Scientific Advisory Board and work with suppliers that have been at the forefront of CBD research.”

“DEFY will also carry the CBD banner for professional athletics advocating for its formal adoption and acceptance,” adds Wehrle.

The DEFY beverage drink is a proprietary CBD-infused blend made from a full spectrum hemp extract. Part of the formulation is also based on vital nutrients, electrolytes, and a hydration mechanism to restore and revitalize the body. And the whole package is a 20mg bottle that is enough to provide an optimal amount of the performance spectrum CBD. That will be enough for individuals and athletes of all sizes. However, body absorption lists as varying and different for each person.

DEFY lists its motto as a defying all limitation.

The truth behind this has to do with the footballing legend, Terrell Davis. Such a background is what led Davis to discover and manufacture the highest-quality CBD bio-availability.

Before, Davis had expressed the drive behind the use of CBD and how he turned out to become an enthusiast for the industry. However, Davis showed the impact CBD would have made to his playing career before his retirement.

“If CBD were available to use when I was in the league, I have no doubt my career would have been extended. Injury and daily recovery are a prominent part of professional athletics.”

He further notes that

“I hope that with CBD’s growing awareness, the right studies will help influence the accepted use for professional athletes. We’re at the forefront of one of the biggest movements in health.”

DEFY Limited is a Denver-based beverage company that produces the first mainstream hemp extract drink specifically for athletes. The formulation is unique in that it aids in muscle recovery, focus, and rejuvenation of the whole body after use.

Terrell Davis is a former Pro American footballer who has had a playing career with the Denver Broncos. Since his retirement, Davis has been an evangelist for the potential of CBD and is currently petitioning the NFL league to reconsider their cannabis research protocols. The end goal is to have formal adoption and acceptance of CBD for pain management.