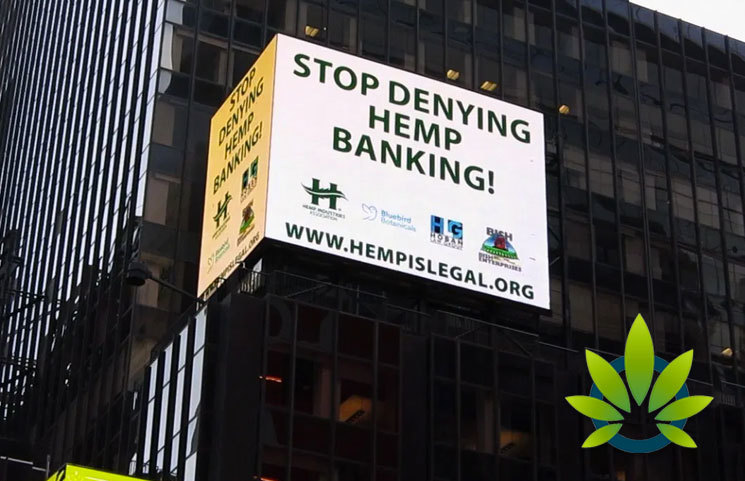 Hemp Industries Association (HIA®) is a not-for-profit that aims to push the hemp economy, while educating every possible player present!

Its “Hemp is Legal” campaign was launched in May in which the group, including the likes of Hoban Law Group, Bluebird Botanicals and Bish Enterprises, called out Facebook for having strict advertising policies preventing hemp introduction.

In a recent press release dated, Wednesday, August 28, 2019, the not-for-profit revealed a new step taken, and it involves financial institutions’ lack of support for the industry. Their advertisement read, “Stop Denying Hemp Banking,” with the website, www.hempislegal.org displayed underneath.

The Executive Director of HIA®, Colleen Keahey Lanier spoke regarding this new target. The key goal is supposedly to ensure that players such as law enforcers and banks do not make false assumptions about the overall hemp industry without prior knowledge. In particular, Lanier shared:

President and Founder of Hoban Law Group, Bob Hoban stressed the importance of “uniform testing standards for law enforcement,” by the U.S. Department of Agriculture (USDA) –something according to the head, does not presently exist.

He further argued that:

“most of the seizures seen in the last three to six months have all been because of testing problems […] not because the plants were really marijuana.”

In addition to testing, he believes that mere education and training programs tailored for police officers might be one way to go about the negative viewpoint on the plant. COO of Bish Enterprises, Andrew Bish seems to have onboarded this endeavor simply because of the need for financial support, which can only be achieved if said access is made available via “normal banking channels”.

Lastly, CEO of Bluebird Botanicals, Brandon Beatty appears to be hopeful that with the number of firms who’ve come together under HIA®, there will be more awareness on the issue at hand, adding that it

“helps open up the dialogue to ensure hemp companies have the same access to banking as any other agricultural industry.”