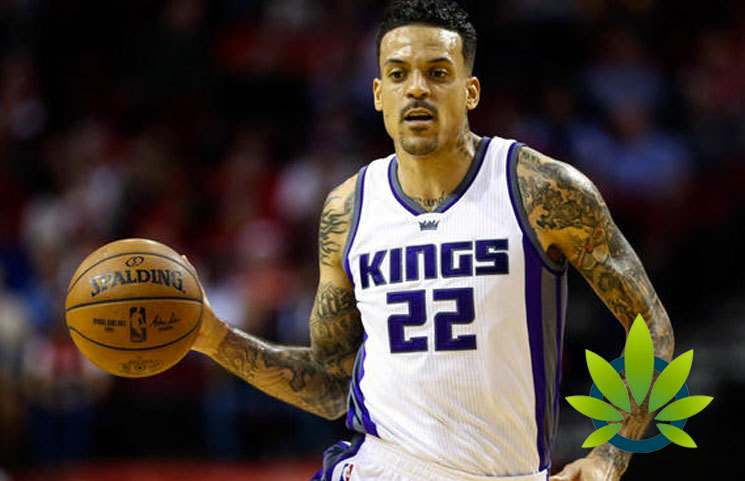 Former American pro basketball player, Matt Barnes took to his Instagram account to share a possible six-month internship position with his CBD and Cannabis brand, SWISH. In order to win such a position, people have pick basketball players who they feel are supportive of marijuana by placing them in roles for a basketball game.

“I’ve noticed people have been posting their starting 5 medicators [emoji] lol. Give me your Best Medicating 5 [emojis] If I choose your 5 you will win a 6-month internship [with] my New Health and Wellness CBD & Cannabis Brand called SWISH launching soon.”

Many have since commented to the post, sharing who they believe should be the point guard, shooting guard, small forward, the power forward and the center. Many of the reoccurring names that seem to be favorites among consumers include Jason Williams, Bill Walton, and JR, all whom are believed to roll and smoke up the best.

Barnes fifth annual ATHLETES VS CANCER All-Star Weekend is a three-day event that raises awareness for cancer research while also helping those who have been diagnosed. This is supposedly the first of the five events that is said to rejoice the potential health benefits of cannabis, as reported by Leafly.

Barnes shared how far the team has come from the very beginning in helping those in need:

“We’ve done multiple screenings and health fairs. Then we transitioned to paying for anything cancer-related, whether that be hospice, funerals, surgeries, medications or bills. And now, we’re transitioning to the final step […] Creating a scholarship program for kids who beat cancer and want to go to cancer.”

As for his role within the cannabis market, he disclosed that he’s been asked to endorse brands.

In return, he normally gets rewarded with free weed, not to mention,

“equity in the company or I’m able to sit on their board and really help guide their brand as far as what’s cool/what’s not cool, directions we need to attack and the strategic side of it.”

Barnes’ soon-to-be launching endeavor, Swish is a partnership with Seven Leaves, Sacramento-based cannabis brand. Through this, the former pro will be developing his respective line of pre-rolls, which will focus more so on medicinal uses rather than recreational.

Here’s as per quotes in relation to what Swish will be offering:

“We’re going to launch four different joints to enjoy throughout the day. The first one is Wake-N-Bake, sativa, then we’ll have a midday sativa-dominant hybrid, Post Workout. Then I’ll have Happy Hour, something about 5 o’clock, which is another hybrid, indica-dominant. And then the nightcap, it’s called Loaded Dreams, which is going to be a heavy indica.”

As for the reason why Barnes is fully immersed in the cannabis market, he shared that his goal is to get cannabis legalized within the professional sports industry, due to the negative stigma associated with such activity.

“I’m hoping my efforts with UCLA can take the stigma out of it, where people can be more comfortable, not afraid to come out and say, ‘I’m a cannabis user.’”