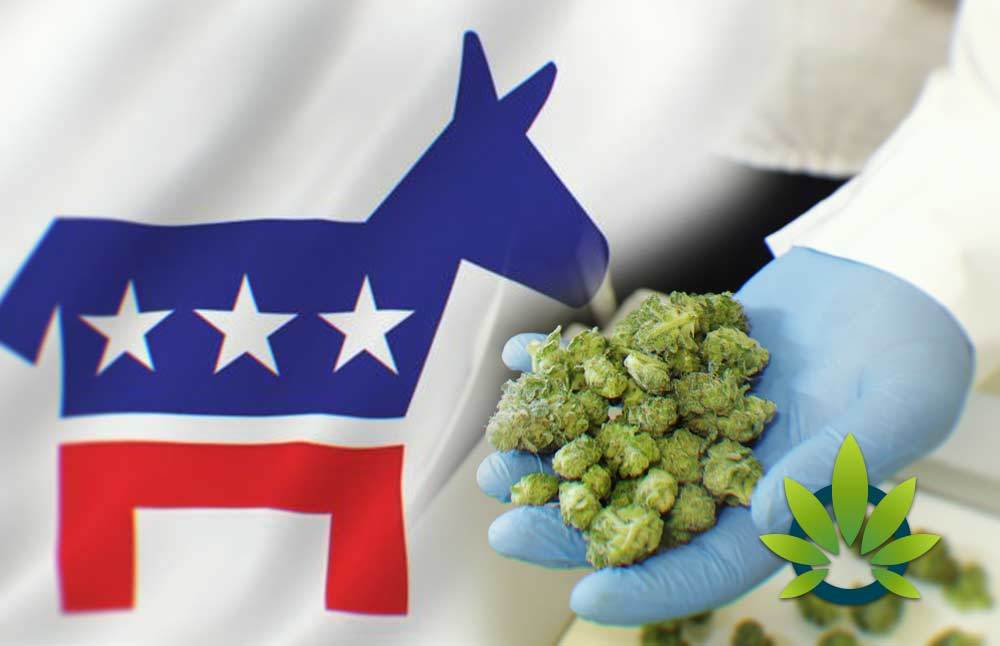 The House Democrats intend to pass a provision this week as part of a 1,070-page bill.  The purpose of the bill is to end the government shutdown. However, it also includes a provision that would  “extend protections shielding state medical marijuana laws from federal interference,” according to a news report by Forbes.  The protection rider apparently expired a month ago.

The Bill reads, in part:

“None of the funds made available under this Act to the Department of Justice may be used, with respect to any of the States of Alabama, Alaska, Arizona, Arkansas, California, Colorado, Connecticut, Delaware, Florida, Georgia, Hawaii, Illinois, Indiana, Iowa, Kentucky, Louisiana, Maine, Maryland, Massachusetts, Michigan, Minnesota, Mississippi, Missouri, Montana, Nevada, New Hampshire, New Jersey, New Mexico, New York, North Carolina, North Dakota, Ohio, Oklahoma, Oregon, Pennsylvania, Rhode Island, South Carolina, Tennessee, Texas, Utah, Vermont, Virginia, Washington, West Virginia, Wisconsin, and Wyoming, or with respect to the District of Columbia, Guam, or Puerto Rico, to prevent any of them from implementing their own laws that authorize the use, distribution, possession, or cultivation of medical marijuana.”

The senate still needs to approve the bill, and if approved, it would need to be signed into law.  However, there is no indication that the president intends to sign the bill. As Forbes's article explains, “as the president has drawn a line in the sand over funding for a proposed wall along the Mexican border, a notion that Democrats have refused to go along with. It is unclear if the Republican-controlled Senate will even send an appropriations bill to Trump's desk without the inclusion of wall funding. Majority Leader Mitch McConnell (R-KY) and Sen. Richard Shelby (R-AL), the chamber's Appropriations Committee chair, have both said they don't see a point in voting on something the president won't sign.”

All information is for educational and general informational purposes only. Nothing should be interpreted as legal or wellness advice.