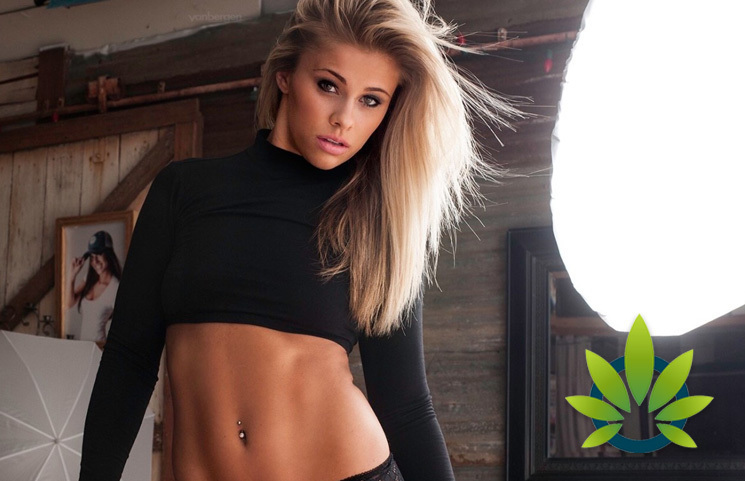 UFC fighter Paige VanZant earns more “way” more money through social media on Instagram posting about CBD products than she does in the Octagon ring. She is seeking a pay raise from UFC equivalent to a champion, which is something they have told her she would not receive despite the ‘player empowerment' era being experienced in other major sports leagues like the NBA (basketball), NFL (football) and MLB (baseball).

Here is the Ariel Helwani’s MMA Show segment where the 25 year old combat sports veteran talks about her earning power via Instagram posting pictures versus fighting by itself ‘by a long shot'.

“I make way more money sitting at home, posting pictures on Instagram, than I do fighting.”@paigevanzant says her endorsement earnings greatly outpace her fight earnings (via @arielhelwani) pic.twitter.com/dpdANFcbxU

She is frustrated with the disparity as she makes more money on social media from the comfort of her home than she does actually fighting. She is looking for pay equality between male and female fighters as an inequity still exists. She wants to continue fighting but feels that she should receive money comparable to her male counterparts. Unfortunately, injuries have held her back and that’s why she has sought out other sources of income such as Instagram, Dancing with the Stars, and as a sports commentator.

A quick glance at her official Instagram page of 2.3 million followers shows she is an advocate of Sun Valley Science CBD products (along with VitaGoods) and how it has helped her recover from arm surgery.

Sunday’s are for @sunvalleyscience ☀️🙏🏼 Healing for my arm has been AMAZING! I have had way less pain, swelling and depression through this arm surgery thanks to finally jumping on the CBD train. @sunvalleyscience hooked me up with everything I needed to heal the right way. 100% organically!! Please try CBD. If you are sore, healing, depressed or suffer from anxiety I know that this is going to help you. Give @sunvalleyscience a follow and you will see why they are the best on the market and why I chose to partner up with them over any other company. If you decide to purchase anything and do your body a favor use code PVZ to let them know I sent you and get 20% off for being a fan. #TreatYoSelf #CBD #Healing

Since joining the UFC in 2014, VanZant has earned an estimated $475,000 from fighting, including win bonuses and sponsorships, which averages out to roughly $80,000 a year. Despite being a star, she has only entered the octagon eight times and her last fight was back in January at UFC Fight Night 143 where she won against Rachel Ostovich. She went on to say:

“I want a significant pay raise, to be completely honest. I’ve just been extremely accomplished outside of the UFC, as well as inside of the UFC,” […] Five wins in the UFC, four finishes, I've been main event twice, and I think someone with those accolades should be paid more.”

She revealed in June that a previous fracture hadn’t healed and that she would need more surgery to recover. This is what has kept her out of the ring. Currently, she still has one fight left in her UFC contract. Until then, she will continue her other successful business endeavors and continue to strive for equality in the MMA world. Of course, while Paige VanZant continues advocating for the hottest functional ingredient in the health and wellness supplement space, cannabidiol, this all comes on the heels of football player Rob Gronkowski and Terrell Davis, along with fellow UFC fighters Nate Diaz, Daniel Cormier and Colby Covington all getting into the CBD industry as well. It just goes to show, the ‘times of CBD' sure are coming fast!