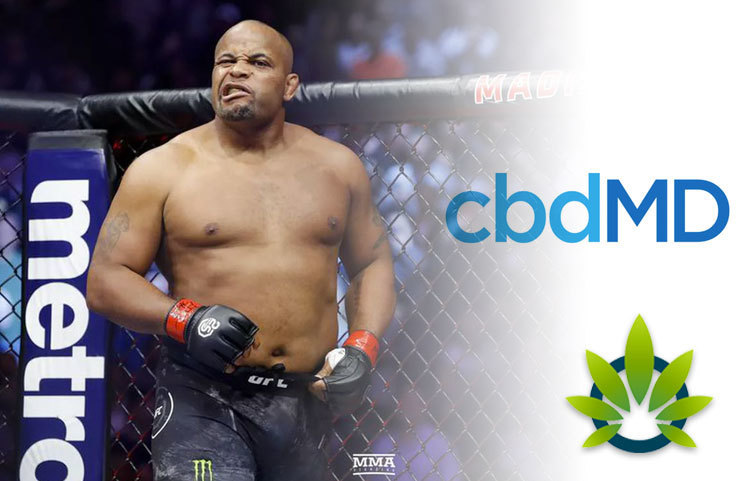 On Thursday, August 15, 2019, cannabidiol (CBD) goods provider, cbdMD announced its partnership with UFC heavyweight world champion, Daniel “DC” Cormier. Said endeavor comes from the champion’s commitment to sports which according to cbdMD reflects what the company stands for.

Known as being the first-ever to hold the UFC fighter title within the lightweight division, Cormier is described as:

“The epitome of a champion in and out of the cage.” cbdMD’s representative, Hans Molenkamp elaborated that adding Cormier to the firm’s list of elite roster stems from not only common beliefs but also the UFC fighter’s “commitment in utilizing the benefits and advancements of CBD.”

President of cbdMD, Caryn Dunayer expressed excitement in having DC join the cbdMD team, as his life-long experiences and the hurdles he’s overcome is exemplary of the strong person he is. Dunayer highlighted excitement in on boarding “him as he continues on the journey to strengthen his legacy.”

As for Cormier’s viewpoint on this endeavor, he simply expressed gratitude in being able to ‘advance his relationship with such a great company and elated to be a part of such a fantastic team.’

This news comes with exhilaration as Cormier is scheduled to defend his heavyweight title on Saturday, August 17 against Stipe Miocic at UFC 241.

Cormier isn’t the first within the sports industry to be part of cbdMD as the latter has also partnered with Bellator and Viacom/Paramount in an attempt to bring sports and CBD benefits together.

Back in June of this year, Dunayer shared that the coming together of both cbdMD and Bellator and Viacom/Paramount signifies the importance of “educating athletes and fans about the many benefits of CBD,” further adding that, “we’ve started a lasting relationship that will help push both industries into the future.”